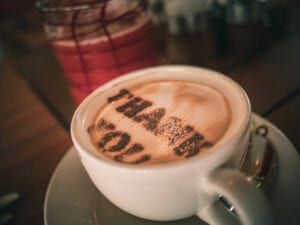 There definitely seems to be a lot of negativity in the world today. World events over the last year, including a once-in-a-century pandemic, haven’t exactly been the brightest spot in recent history for many people around the world. It might not be a coincidence that society seems to be more divided than ever at precisely the same time that we have had to remain socially distant from those around us. And to top it all off, Mother Nature has repeatedly been kicking our collective rear ends.

While some of us have made it through all of this relatively unscathed, many have not. Some have experienced the most challenging times of their entire lives over the last year.

This is precisely the right time for an initiative out of the Netherlands to create the “Most Positive Day in the World.” World Compliment Day grew out of the Netherlands’ National Compliment Day, started by Hans Poortvliet in 2001. Poortvliet reasons that “A sincere and personal compliment costs nothing, but the impact on the recipient is huge” and further postulates that “Nothing stimulates more, gives more energy, makes people happier and, as far as business is concerned, increases productivity and commitment faster than sincere appreciation. So why not use it a little bit more?”

It’s hard to argue with his line of thinking.

After National Compliment Day was so well received in the Netherlands, the day’s founder and fellow initiators couldn’t help but wonder why shouldn’t it be a world event? And now, every March first is World Compliment Day.

One of the beautiful things about World Compliment Day is that it doesn’t cost us anything to participate. This isn’t a commercial holiday that requires cards or specific gifts. All that is asked of us is that we reflect on what one person, or even a few people, in our local communities does well… and then sincerely let them know that they’re appreciated.

This simple act won’t solve all of the ills of the past year, and it won’t heal all of the present divides in our society, but the world could definitely use at least a day of people mindfully being appreciative of one another. We don’t know exactly what the next person on the street is currently going through in their life or what they might be struggling with, but we can be kinder to each other. A few kind words at the right moment can make all the difference to someone who is trying to cope with overwhelming circumstances beyond their control. Being kind to our fellow humans is absolutely free.

This certainly isn’t the “magic bullet” solution to all of the world’s problems, but it’s a good place to start.