Albertans love their bars and restaurants

Firms in the food services and drinking places subsector in Alberta generated $9.6 billion in operating revenue in 2017, up from $9.4 billion the previous year, according to Statistics Canada.

The federal agency reported on Friday that the province had the fourth largest share of operating revenue in Canada at 13.4 per cent. 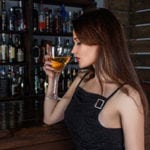 StatsCan said the industry across Canada generated $71.8 billion in operating revenue in 2017, up 5.4 per cent from 2016. The increase in 2017 was driven in part by menu inflation, with the Consumer Price Index reporting that the price of food purchased from restaurants was up 2.6 per cent, while prices for alcoholic beverages served in licensed establishments increased by 1.5 per cent, explained the federal agency.

“Operating expenses for the subsector rose to $68.6 billion in 2017, up 5.2 per cent from 2016. The operating profit margin was 4.3 per cent. Growth in 2017 was also buoyed in part by rising e-commerce sales in the food services and drinking places subsector, which increased 68.8 per cent to $2.0 billion. One factor contributing to the growth in e-commerce sales has been the emergence and growing popularity of mobile applications and third-party websites in food services,” said StatsCan.