Synthetic crude production was up 14.9% to reach its second highest level on record

Canadian production of crude oil and equivalent products rose in November from a year ago, with Alberta leading the way.

StatsCan said synthetic crude production, up 14.9 per cent to reach its second highest level on record, was the main contributor to the overall year-over-year growth. Increases in non-upgraded crude bitumen (+5.3 per cent), equivalent products (+10.7 per cent) and light and medium crude oil (+0.6 per cent) also contributed to this growth. In contrast, heavy crude oil decreased one per cent from November 2017. 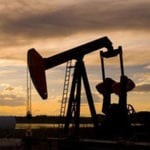 “Exports of crude oil and equivalent products totalled 18.2 million cubic metres in November, up 21.1 per cent from the same month a year earlier. November marked the second highest level of exports, after the 18.4 million cubic metres exported in May 2018,” said the federal agency.