Led by those who last worked in natural resources, agriculture and related production occupations: StatsCan

The number of people receiving regular Employment Insurance benefits rose on a monthly basis across Alberta and its major cities in December, and remains elevated compared to a year ago.

On Thursday, Statistics Canada reported that EI recipients in the province increased by 2.4 per cent from November or by 1,110 people, “led by those who last worked in natural resources, agriculture and related production occupations.”

“This marked the largest rise in beneficiaries in the province in two years, and may be partially linked to weaker oil prices in the fall of 2018. The largest percentage increase in the number of recipients occurred in the areas outside CMAs and census agglomerations (CAs) (+4.3 per cent). Compared with 12 months earlier, the number of beneficiaries in Alberta decreased by 24.3 per cent,” said the federal agency. 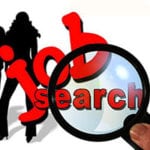 “In general, variations in the number of beneficiaries can reflect changes in the circumstances of different groups, including those becoming beneficiaries, those going back to work, those exhausting their regular benefits, and those no longer receiving benefits for other reasons,” it said.

Nationally in December the biggest percentage increases in the number of EI beneficiaries were among those who were last employed in natural resources, agriculture and related production (+2.1 per cent); and sales and service (+1.6 per cent).

“In December, the number of Employment Insurance claims edged down 0.9 per cent to 234,500. The number of claims provides an indication of the number of people who could become beneficiaries,” said the federal agency.