Imperial Oil saw net income in the first quarter of 2019 fall to an estimated $293 million compared with net income of $516 million for the same period in 2018.

In a news release on Friday, the company said its overall upstream gross oil-equivalent production averaged 388,000 barrels per day, up from 370,000 barrels per day in the first quarter of 2018, due to improved Syncrude reliability and the restart of the Norman Wells operation. 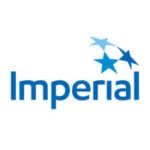 “First quarter operational performance was impacted by challenges in both the upstream and downstream early in the quarter, in part due to extreme cold weather across the country. Furthermore, the Government of Alberta’s production curtailment order significantly affected financial performance, as improved upstream realizations were more than offset by reduced downstream margins,” said Rich Kruger, chairman, president and chief executive officer, in a statement.

Cash generated from operating activities was just over $1 billion, up from $985 million in the first quarter of 2018.

The company said capital and exploration expenditures totalled $529 million, compared with $274 million in the first quarter of 2018.

“During the quarter the company announced a slowdown in the development of the Aspen project given market uncertainty stemming from the Government of Alberta’s intervention in crude markets and other industry competitiveness challenges. As a result, capital expenditures for 2019 are now expected to be in the range of $1.8 billion to $1.9 billion, down from the previous guidance of $2.3 billion to $2.4 billion,” it said.