Higher prices for gasoline and natural gas mostly to blame, according to StatsCan

The annual inflation rate increased in every province in March but price growth in Alberta (+2.3 per cent) was higher than the Canadian average (+1.9 per cent), says Statistics Canada.

The federal agency reported on Wednesday that “the gains in these provinces were led by higher prices month over month for gasoline, as well as higher natural gas prices in Alberta.

“Among the provinces, natural gas prices rose the fastest year over year in Alberta (+22.8 per cent), contributing to a 3.9 per cent increase in shelter costs in the province. This was partially offset by slower growth in electricity prices in March (+15.0 per cent) than in February (+19.9 per cent),” it said.

On a monthly basis, the Consumer Price Index (CPI) in Alberta was up by 0.8 per cent.

Across Canada, the index rose 1.9 per cent on a year-over-year basis in March, up from a 1.5 per cent increase in February. Energy prices decreased 1.2 per cent in March, following a larger decline in February (-5.7 per cent), as downward pressure from gasoline prices eased and prices for natural gas and fuel oil grew. Excluding energy, the CPI rose 2.2 per cent year over year, explained StatsCan.

Month over month, prices rose by 0.7 per cent across Canada. 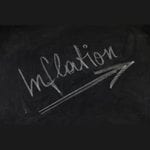 “The still-sour trade performance, and thus a soft outlook for quarter one GDP (gross domestic product), reinforces the point that the Bank of Canada will have little appetite for even considering rate hikes any time soon. But by the same token, the upward drift in headline and core inflation to right around the two per cent target will also dull any thoughts of rate cuts soon. So, again, it looks like a lengthy (Bank of Canada) pause,” wrote Doug Porter, chief economist with BMO Financial Group.

James Marple, senior economist with TD Economics, said inflation made a bit of a comeback in March, but mostly as past declines in prices dropped out of the year-on-year calculation.

“A softer Canadian dollar relative to its year-ago level tends to show up in higher goods prices, and some of this pass through came through in March’s reading. Assuming a relatively stable loonie going forward, this impact will not last,” he wrote in a note.

“With the Canadian economy going through a soft spot, this data will have little impact on the Bank of Canada’s decision making. Indeed, the weakness in the international trade data augurs for continued caution from the central bank.”