Legalized pot is responding to the laws of supply and demand.

The price of dried cannabis has soared in Alberta since the federal government legalized the production and sale of cannabis for non-medical purposes on Oct. 17, 2018, according to Statistics Canada. Legal pot is now 57 per cent more expensive than a similar street drug.

The price has increased by 24.2 per cent in the province, the agency reports, rising from $7.30 per gram pre-legalization to $9.07 post legalization. 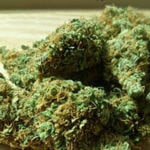 It said prices in New Brunswick, which were among the lowest in Canada before Oct. 17, recorded the largest growth since legalization, up 30.5 per cent per gram for dried cannabis to an average price of $8.27 per gram.

Manitoba, at an average of $9.14 per gram, recorded the second highest growth since legalization, up 27.7 per cent per gram for dried cannabis.

Respondents in British Columbia reported a 3.7 per cent increase in price since legalization, the lowest increase among the provinces.