Alberta retail sales edge up to just over $6.75 billion

Sales rose by 0.9 per cent from January but were down 0.1 per cent year over year

The federal agency reported on Thursday that sales in the province rose by 0.9 per cent from January but were down 0.1 per cent year over year.

Following three consecutive monthly declines, retail sales rose 0.8 per cent in February across Canada to $50.6 billion. Sales were up in five of 11 subsectors, representing 73 per cent of retail trade.

“Higher sales at general merchandise stores, and motor vehicle and parts dealers were the main contributors to the increase. After removing the effects of price changes, retail sales in volume terms were up 0.2 per cent,” said StatsCan. 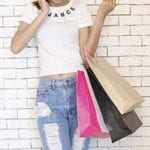 Following a 2.8 per cent decrease in January, retail sales at general merchandise stores (+3.8 per cent) rebounded in February. Store types within this subsector include department stores, warehouse clubs as well as home and auto supplies stores, it said.

“Receipts at motor vehicle and parts dealers increased 1.4 per cent on the strength of higher sales at new car dealers (+3.1 per cent), the largest monthly increase since May 2018. All other store types within this subsector declined in February,” added the federal agency.

“Following three consecutive monthly declines amid lower prices, sales at gasoline stations rose 1.9 per cent, partially reflecting higher prices at the pump in February. After posting gains in December and January, sales at building material and garden equipment and supplies dealers were down 1.6 per cent. Despite this decline, sales remain above the level in November. Retail sales at electronics and appliance stores (-3.5 per cent) were down for the third consecutive month.”