Shaw Communications Inc. is selling its stake in Corus Entertainment Inc. for about $548 million.

In a news release, Calgary-based Shaw said it has entered into an agreement with Corus and a syndicate of underwriters led by TD Securities Inc. The group has agreed to purchase from Shaw 80,630,383 Class B non-voting participating shares of Corus at a price of $6.80 per share. That will mean total gross proceeds to Shaw of approximately $548 million. 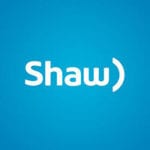 “The proceeds of the offering will be payable to Shaw and will be used for general corporate purposes, which may include the repayment of outstanding indebtedness. Corus will not receive any proceeds of, and Shaw will pay all expenses and fees associated with, the offering. Following the closing of the offering, Shaw will no longer hold an equity interest in Corus,” said the company in the news release.

“The Class B Shares will be offered by way of a short form prospectus in all of the provinces of Canada and may also be offered by way of private placement in the United States. Closing of the offering is expected to occur on or about May 31, 2019, and is subject to, and conditional upon, customary closing conditions.”

On its website, Corus says it “is a leading media and content company that creates and delivers high quality brands and content for audiences around the world. Founded in 1999 by JR Shaw, the company was built from media assets originally owned by Shaw Communications. Since its inception, Corus’s asset base has continued to grow through strategic acquisitions and a strong operating discipline. On April 1, 2016, the company acquired Shaw Media’s powerful portfolio of television brands. Corus Entertainment’s stock is found on the TSX under the symbol CJR.B.”