Declares a dividend of $0.75 per common share for the first quarter

TransCanada Corp. reported on Friday that its net income attributable to common shares for first quarter of 2019 was just over $1 billion, or $1.09 per share.

“We are very pleased with the performance of our diversified and irreplaceable portfolio of high-quality, long-life energy infrastructure assets, which continued to produce record financial results through the first quarter of 2019,” said Russ Girling, TransCanada’s president and chief executive officer, in a news release. 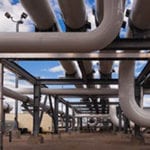 “Comparable earnings per share increased nine per cent compared to the same period last year while comparable funds generated from operations of $1.8 billion were 11 per cent higher. The increases reflect the strong performance of our legacy assets along with contributions from approximately $5.3 billion of growth projects that were placed into service in first quarter 2019.

“With the demand for our existing assets driving historically high utilization rates and $30 billion of secured growth projects underway, approximately $7 billion of which are expected to be completed by the end of the year, earnings and cash flow are forecast to continue to rise. These projects are supported by regulated or long-term contracted business models that are expected to support annual dividend growth of eight to 10 per cent through 2021. We have invested $10 billion in these projects to date and are well positioned to fund the remainder of our secured growth program through significant and growing internally generated cash flow and access to capital markets.

“We also continue to progress various portfolio management activities, including the announced sale of our Coolidge generating station, which is expected to close by mid-year. This will allow us to prudently fund our capital program in a manner that is consistent with achieving targeted leverage metrics. …”

Girling said the company continues to methodically advance more than $20 billion of projects under development, including the Keystone XL pipeline and the Bruce Power life extension program.

“Success in progressing these and other growth initiatives that are expected to emanate from our five operating businesses across North America could extend our growth outlook well into the next decade,” he said.