‘We do not anticipate any recovery for shareholders and unsecured creditors. Recovery for secured lenders is highly uncertain”

Calgary-based energy company Trident Exploration Corp. has announced it has ceased operations. All 33 employees and 61 contractors have lost their jobs and about 4,700 wells are being transitioned to the care of the Alberta Energy Regulator.

“Trident’s total estimated abandonment and reclamation obligations are approximately $329 million. Behind these obligations, we do not anticipate any recovery for shareholders and unsecured creditors. Likewise, any recovery for secured lenders is highly uncertain,” said the company in a news release. 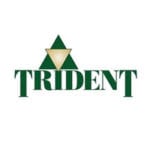 “We had been working openly and collaboratively with our lenders and the Alberta Energy Regulator (AER) since February. The combination of extremely low natural gas prices and high surface lease and property tax payments 72 cents per gigajoule has exhausted the liquidity of the company.

”Further, and despite our extensive efforts, Alberta has no mechanism to allow a struggling energy company such as Trident to address its inflated surface lease and property tax obligations.”