Alberta’s economy will continue to struggle along at a slow pace this year but is expected to pick up speed in 2020, according to a new forecast released Friday by Scotiabank Economics.

“Construction delays for the Line 3 pipeline will also likely weigh on price differentials throughout the forecast period and prolong the province’s investment recovery. Outside the oil patch, there is more cause for optimism; work is expected to progress this year on petrochemicals facilities and a potato processing plant,” said the report. 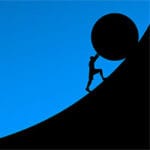 “Alberta’s recent financial update—released in the shadow of an election—revised FY20–21 spending plans $8 billion higher than expected last year, in respect of outlays on crude-by-rail transportation to provide additional takeaway capacity until pipelines are built. A return to black ink relies on flat total spending during FY23–24. Regardless of the incoming government, Alberta’s medium fiscal planning will require a balance between expenditure management and attention to the viability of large energy projects.”

Scotiabank said Canada is clearly experiencing a soft patch. Growth in the final quarter of 2018 was unquestionably weak. Data so far in the first quarter suggest stronger, though still well-below potential growth, it said.

“How long will the soft patch last? Those that think the softness will continue point to signs of slowing growth in the U.S. and Europe, declines in global trade volumes, an inversion of the yield curve, and declines in business and consumer confidence,” said Scotiabank. “While these factors are acting to hold back growth to some extent, fundamentals remain generally solid and our models continue to suggest that the probability of a recession in Canada is very low. Moreover, a number of factors suggest activity will rebound as early as the second quarter and remain well above our estimate of potential growth (1.7 per cent) through the remainder of the year and into 2020.

“The root cause of our optimism lies in the reversal of the factors that led to a reduction in the growth forecast for Canada last fall. At that time, equity markets were correcting sharply on account of worries that the China-US trade war would amplify and that the Federal Reserve was on auto-pilot and would raise rates despite market-based fears that the economy might trip into recession. These concerns led to a global correction in equity markets. Canada was not immune to this chill in equity markets. The associated reduction in financial wealth was compounded by weakness in the housing market, which led to declines in housing wealth. The decline in wealth acted as a brake on consumption, but also effectively increased the cost of equity capital for firms looking to invest, while increasing uncertainty about the outlook as a number of observers noted the decline in equity markets was a sure sign of recession to come.”

The financial institution said compounding these factors were “acute egress challenges” for western Canadian oil as pipeline capacity remained woefully lacking, in an environment of weakening global oil prices. The “precipitous” fall in the price of Western Canadian Select was a wealth shock for the Canadian economy, said Scotiabank.

“The Alberta government’s response to limit oil production in the province as of January 1 led to a decline in the number of barrels produced in Alberta, even as the industry had started to curtail production of their own accord in the final months of 2018. This too, contributed to the gloominess felt by analysts,” said the bank.