Cost of housing pushing millennials to the suburbs

A new survey says 81 per cent of Canadian millennials want to own a home but financial realities such as rising prices mean they have to look at the suburbs for affordability.

The survey, released on Wednesday by TD, said 33 per cent of millennials say that city living is their preference but 64 per cent are willing to consider going from the urban to suburban life in order to own a home that meets their existing needs or future goals. 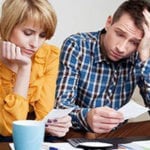 “We’re now seeing millennials looking beyond the city for their housing needs, particularly as they start thinking about their needs for the future, like having more space to raise a family,” said Pat Giles, vice-president of real estate secured lending at TD, in a news release.

“As a result, many are choosing the suburbs to either make the move to a new home or upsize from their current one, a shift from just a few years ago when city living was this generation’s preference.”

“Although homes in today’s housing market cost much more than they used to, the desire to own the right home hasn’t wavered, especially for millennials,” said Giles.