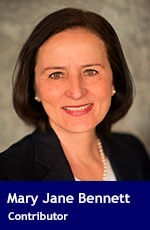 Ottawa’s plan to sell Canada’s airports appears to have been shelved, at least for now. That’s too bad. Privatizing Toronto Pearson International Airport could help pay for a needed rail link to the suburbs and surrounding cities, and make the airport more competitive globally.

While many of the country’s airport authorities panned the idea, Pearson, Canada’s busiest airport – it handles roughly double the number of passengers as Vancouver, Canada’s next biggest airport – said it was open to privatization.

A Frontier Centre for Public Policy report says the airport sale could raise some $12 billion, freeing up much-needed capital for other federal projects.

Shortly after the 2015 election, the federal government began hunting in earnest for piggy banks to raid in order to fund all the roads, bridges and metro lines that Prime Minister Justin Trudeau, as a candidate, told voters he would build to make Canada’s economy bigger and more competitive.

It zeroed in on the country’s 22 largest airports, which operate as not-for-profit corporations. They pay annual rents to the federal government, which still owns the land and assets.

In selling these assets, the feds saw dollar signs galore. Privatizing them could bring the government some $16 billion, after accounting for debt repayment, according to some estimates. To get a more detailed estimate, the government brought in Credit Suisse Group AG. Former cabinet minister David Emerson called for their sale in the 2015 Canada Transportation Act review.

Then the momentum suddenly shifted. Voters, it turned out, weren’t keen on the idea.

Polling by the Angus Reid Institute found 53 per cent of Canadians said privatizing Canada’s eight largest airports would be either a bad or very bad idea. Many expressed fears of higher costs to travellers.

The federal government quietly shelved the Credit Suisse report, refusing to release its findings. In a private meeting with airport executives last spring, the minister of transport confirmed that the Liberal government was not moving ahead with privatization at this time.

This is unfortunate. Airport privatization is a common model internationally and some of Canada’s large pension funds, including the Ontario Teachers’ Pension Plan and the Ontario Municipal Employees Retirement System, own and operate airports in other countries. Concern about potential price increases to travellers is addressed through regulation.

There are good reasons to sell the country’s major airports, particularly Toronto’s. Privatization could introduce more robust and responsive airport governance. It could increase Pearson’s positioning as a global hub and boost competitive options for travellers.

Pearson, which ranks second in North America for the number of international passengers, after John F. Kennedy International Airport in New York, is the world’s 33rd busiest airport. Within the next two decades, it expects to be handling some 85-million annual passengers, from the 49.5-million passengers it saw last year.

To meet this demand, it desperately needs new investment to fund its plan to position the airport as a transportation hub. This includes a new commuter rail service serving Toronto suburbs and regional cities like Kitchener-Waterloo. But raising the money needed is next to impossible under the airport’s current governance structure. That governance is shared by several greater Toronto area regions – many with competing interests – the City of Toronto, the province of Ontario and the federal government.

The non-profit model makes borrowing difficult, delaying crucial upgrades like potential transit extensions. It also causes debt to pile up. With 30 years or so left in their lease, some airports are already feeling the pinch. The long-term contracts they sign with suppliers are for 40 to 50 years, making legal contracts in a shortened time frame problematic and planning difficult. Similar issues attach to long-term bonds, where the reduced timespan requires airports to amortize assets at a higher cost.

The Frontier Centre report recommends the staged divestment of the government’s ownership in Pearson, retiring 25 per cent of the airport’s debt with the initial share sale. In this way, privatization could have the added benefit of spurring much-needed air policy reforms to increase value.

Federal taxes on airline tickets, almost the highest in the world, are the main reason that fares in Canada are sky-high and why low-cost carriers find it so hard to set up shop in the country.

And Canada’s protectionist air policy, regulating which airlines are allowed entry to Canada, needs an overhaul. Not only does the daily access of a commercial jet airliner generate up to $1 billion a year in economic activity to a city the size of Toronto, more airlines means more services to more places at a lower cost.

Privatization of Pearson is needed and could spur real reform.

Mary Jane Bennett is a senior fellow with the Frontier Centre for Public Policy.

Mary Jane is a Troy Media Thought Leader. Why aren’t you?