Portrayals of violent crime in pop culture and media are skewing people's perception of how likely it is to happen to them, says U of A expert 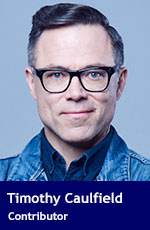 U.S. President Donald Trump tweeted recently that defunding the police would “be good for Robbers & Rapists.” Last week, after signing his tepid executive order on policing, he proffered that “without police, there is chaos.”

The reality, however, is that violent crime – the kind that people often think of when rationalizing the need for a powerful police force – is at a near all-time low.

Why is there this massive disconnect between the public perception of crime and actual crime?

One factor is the way popular culture and the news media portray crime.

Consider this: homicide accounts for approximately 0.7 per cent of annual deaths in the United States but accounts for 23 per cent of media coverage of deaths. That stat reflects reporting in the New York Times. For media outlets like Fox News that have fearmongering as a core marketing strategy, the percentage of murder-oriented stories would likely be even higher. These disproportionately fear-oriented representations also exist on social media.

Given that Trump clearly wants “law and order” to be part of his presidential brand, his rhetoric is hardly surprising. But despite growing support for police reform and Black Lives Matter, his message continues to resonate for some people.

After weeks of moving protests and near-daily images of police brutality, one poll shows a majority of Americans are still against funding cuts to the police, although a recent survey shows support for a redirection of funds.

Historically, supporting the police has been a popular political move, largely because people fear crime. Who would campaign against law and order?

Depicting the world as a crime-ridden dystopia where evildoers (who are often portrayed as sinister “others”) must be battled by a heavily armed police force makes for vote-getting politics. It also makes for clickable headlines and popular TV procedurals.

But a 2019 analysis by the Pew Research Center shows that overall, violent crime in the U.S. has fallen sharply over the past few decades. According to the U.S. Bureau of Justice, the violent crimes rate fell 71 per cent between 1993 and 2018. The same trend can be seen with property crimes, which declined 69 per cent during the same period.

Yet despite these stats, people believe crime is getting worse. Indeed, the gulf between the reality of crime and public perceptions is staggering.

Studies have shown that negative and scary headlines outperform positive ones. The “if it bleeds, it leads” phenomenon plays to our cognitive biases. We remember and more easily recall dramatic, scary events that are widely reported.

Negative crime stories increase the fear of crime and our perception of the probability of being a crime victim.

The continuous fearful portrayals by politicians, TV shows and news media are some of the reason our fear of crime often has little to do with the actual rate of violent crime.

Given this twisted representation, it is no surprise that most people widely overestimate their chances of being murdered. (Unless you are a black male in the U.S., in which case the risk of death by homicide is significant – sitting at six times higher than average.)

The portrayal of police and crime on popular TV dramas also has an impact on public perceptions. Shows like CSI, NCIS, Criminal Minds, Blue Bloods and Law & Order – watched by tens of millions of people every week – can lead to the belief that the world is a scary place that requires aggressive action by heroic police officers.

A range of studies show that audiences that view these kinds of popular crime shows have a heightened fear of crime. They also are more likely to support controversial criminal justice policies like “three strikes,” the death penalty and “stand your ground” laws.

Evidence tells us that these shows also perpetuate both harmful racial stereotypes and myths about the police and the criminal justice system. A 2020 study of 26 scripted TV shows, conducted by the organization Color of Change and the University of Southern California, concluded that popular cop shows advance “debunked ideas about crime,” present “a false hero narrative about law enforcement” and distorted “representations about black people,” and “dismiss any need for police accountability.”

This kind of messaging is particularly influential when it plays to preconceived beliefs, biases and prejudices – as much of the pop culture coverage of crime too often does.

Some may be thinking that crime rates are low because of past support for policing. But the connection between crime rates and policing is complex, context-specific and, in total, far from clear.

For example, a 2019 study explored the impact of “de-policing” that occurred as a result of protests against police discrimination and brutality. Despite political commentary to the contrary, the study concluded that there was “no evidence of an effect of arrest rates on city homicide rates.”

Popular culture can have an impact on fear of crime and attitudes toward criminal justice policy. We need more accurate depiction of the criminal justice system and a broader diversity of voices telling those stories.

As policy-makers consider how best to battle decades of systemic racism and police brutality, they shouldn’t let themselves be swayed by fear-mongering political rhetoric, pop culture or biased news headlines.

This is an historic moment with the potential of leading to real and meaningful change. Now more than ever, we need to stick to the facts.

Timothy Caulfield is Canada Research Chair in Health Law and Policy at the University of Alberta and host of the Netflix documentary series A User’s Guide to Cheating Death.

Timothy is a Troy Media Thought Leader. Why aren’t you?