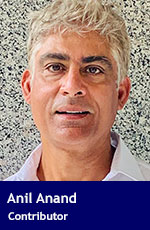 Winnipeg Police Chief Danny Smyth has a typical challenge on his hands: crime is up, resources are stretched and more money is needed. Behind the scenes, he must also be seen as preserving the interests of his officers and the police association.

The Winnipeg Police Board and municipal politicians have their perpetual challenges: be perceived as hard on crime, manage tax revenues and maintain the electorate’s confidence, while keeping the powerful and influential police lobby on side.

Winnipeg is experiencing increased levels of crime. According to Statistics Canada, Winnipeg is the violent crime capital of Canada with a rate of 153.5 violent crimes per 100,000 people, up from 150 the previous year, and ahead of Thunder Bay (140.7), Saskatoon (107.9) and Edmonton (107.0). Winnipeg is well above the census metropolitan areas (CMAs) with the lowest violent crime severity index (VCSIs): St. Catharines-Niagara (46.2), Barrie (54.0) and Trois-Rivières (56.8).

So it’s difficult to argue against the fractional increase in police budget being advocated by Smyth. The difficulty is that operational and capital police budgets have historically only ever increased. One would be hard pressed to find instances where police budgets have contracted, even when crime rates have gone down significantly.

Despite the investments in analytics and community programs, police leaders can’t definitively demonstrate the impact of policing strategies on crime control, deterrence or on the effective engagement of their communities.

The reporting of sexual offences against women remains dismal – and the successful prosecution of sexual assault cases even more dismal.

There’s also a lack of trust and engagement with First Nations communities and visible minorities, and there’s mistrust among youth. These are critical segments of the community whose impact is felt throughout the criminal justice system.

There’s disproportionate representation of marginalized communities, as well as those suffering from mental illnesses in the corrections system.

Shawn Atleo, former national chief of the Assembly of First Nations, as far back as 2011 in the Globe and Mail noted that First Nations children are more likely to go to jail than to graduate from high school.

In 2009, then-federal correctional investigator Howard Sapers noted that the gap between Indigenous and non-Indigenous offenders continued to grow and that the rate of Indigenous incarceration in 2008 was nine times the national average.

Then, in the Annual Report of the Office of the Correctional Investigator 2013-2014, Sapers noted that the most visible change during his tenure was the growth in the overall size, complexity and diversity of the offender population. In particular, some of Canada’s minority, vulnerable or disadvantaged groups are disproportionately involved in the criminal justice system and that the trends were accelerating within federal prisons.

He reported that starting in March 2005, the federal inmate population increased by 17.5 and that during the same period, the Indigenous prison population grew by 47.4 per cent and black offenders by over 75 per cent.

He also noted that the federally-sentenced population of women increased by 66 per cent, with the Indigenous women count growing by 112 per cent.

Sapers warned that the incarceration of Indigenous people was rapidly approaching the same status as that of blacks, hispanics and impoverished whites in the United States.

What Smyth is asking for is a temporary solution to a problem that has historic roots and is the catalyst of future crisis. Smyth should be demanding a commitment by Winnipeg officials to treat the crisis as a public health challenge rather than the narrower response being advocated.

His alternative is a status quo response: more enforcement, demand for freedom to do street checks, stiffer sentences and more overtime. Hot-spot analysis and enforcement, further criminalization of already marginalized communities, and risking even further loss of trust and co-operation should no longer be the preferred and convenient response.

Smyth has a problem on his hands. What is he prepared to do that’s different?

Anil Anand is a research associate with the Frontier Centre for Public Policy who served as a police officer for 29 years.