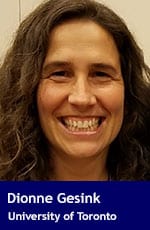 It’s now widely known that the Ontario Ministry of Education will be reverting to the 2010 sex education curriculum to teach youth – despite widespread criticism. Worse, youth in Grades 7 and 8 will actually be taught the 1998 sex ed curriculum.

In 1998, U.S. President Bill Clinton got in trouble over Monica Lewinsky and faced impeachment hearings; Matthew Shepard, a gay Wyoming student, was beaten to death in a hate crime; Rita Hester, a transgender woman of colour, was murdered in Allston, Mass.; and two teenagers were found guilty of murdering 14-year-old Reena Virk in Victoria, B.C.

We’ve come a long way since then, but the Ontario government of Premier Doug Ford wants to turn back time.

Who benefits from Ford’s politically-driven decision to roll back the curriculum? And who is harmed?

Our youth will not benefit. Youth in Grades 7 and 8 are becoming sexually mature, figuring out their identity, learning how to relate to others and making more independent choices. No matter how they identify, they need to learn about consent, which is only covered in the 2015 curriculum. They also need to learn the current state of knowledge on the gender spectrum, sexual orientation, romantic orientation and HIV.

They need to learn these things not only for themselves, but so they can relate to others who might be different from them, so they can operate from a place of mutual respect and understanding.

In 2003, Ontario was the first province in Canada to pass same-sex marriage laws, making Canada a global leader in human rights and anti-discrimination for sexual minorities. Between 2006 and 2016, the number of same‑sex couples in Canada increased much more rapidly (by 60.7 per cent) than the number of opposite sex couples (9.6 per cent).

Ontario has the highest number of same-sex couples in the country. Removing same-sex marriage from the Ontario curriculum will not negate this reality.

Add to this being a sexual or gender minority. Between four and 10 per cent of Canadian youth consider themselves homosexual or bisexual – and this number is likely higher since many sexual minorities will not disclose their sexual orientation on government surveys.

It’s much more complicated for youth to navigate today than it was in 1998.

Many sexual minority people hide their identities to protect themselves from stigma, discrimination, violence and abuse. In recently published research, my colleague and I show that concealment of sexual identity, and the invisibility that comes with concealment, featured prominently across the narratives of sexual minority men who had attempted suicide as adults.

We also found that stigmatizing behaviour in interpersonal relationships – such as anti-gay or anti-bisexual slurs, discrimination, exclusion, verbal harassment and violence – is highly predictive of suicide-related behaviour among gay and bisexual adult men, as is anticipating prejudice and concealing one’s identity.

These were studies of grown men. What kind of impact does stigma and discrimination have on our youth as they come to learn who they are?

This is a fundamental component of the mental health crisis in Ontario.

Who is harmed by reverting the curriculum?

All youth generally, and sexual and gender minority youth in particular.

Dionne Gesink is an associate professor with the Dalla Lana School of Public Health at the University of Toronto and leads a research program focused on sexual health. She is also raising two teens.