Trudeau needs to be held to account for invoking Emergencies Act

While the following series is fictional, the principle objective is non-fictional – to explore the likelihood that sooner or later, Canadians will demand a full-scale investigation into the management of the COVID crisis by our federal government. 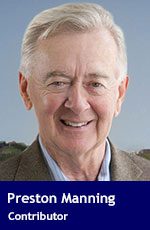 At the commencement of the 2022 fall session of parliament, one of the first acts of the new Leader of the Official Opposition was to introduce a motion proposing the establishment of an independent Royal Commission on the Management of the Federal Response to the COVID Pandemic.

In doing so, the Leader listed 16 specific questions pertaining to federal management of the COVID crisis the public had been asking for months, which the Trudeau government had failed to answer, and which the proposed Commission would be charged with addressing.

Predictably, the motion to establish the proposed Royal Commission was defeated in the House by the Liberal/NDP Coalition. But the idea of a full-blown investigation into the management of the COVID crisis gained exposure and traction with both the media and the public. More and more Canadians whose lives had been adversely affected by the mismanagement of the pandemic – families with seniors or children whose personal relationships had been strained to the breaking point, businesses which had been driven into or to the verge of bankruptcy, workers who had lost their jobs and incomes – began to clamour for an official investigation as to how this had been allowed to happen and who should be held responsible.

Once again, it was the leadership of the Common Sense Movement that stepped to the fore, with the support of the Official Opposition in Parliament. At a fall convention involving the two groups, it was proposed that a Non-Governmental Commission be formed, composed of non-political Commissioners with sufficient expertise and public credibility to command public support. It was further proposed that this “COVID Commission” be funded by crowdsourcing and that its research requirements be supplied by sympathetic think tanks and the research offices of the Official Opposition.

As a prominent political scientist pointed out, the idea of searching for “non-governmental” solutions to pressing public issues was gaining traction in Canada and the idea of a “non-governmental commission” to investigate a public issue was not as farfetched as might first appear. “The Canadian public appears to be coming around to a belief in ‘limited government’ – not out of ideological persuasion or conviction – but due to the failures of politician-led government institutions and programs to deliver results on so many fronts. This view does not exclude a meaningful role for governments, but it tends to mean that often the best things governments can do is to ‘get out of the way’ to facilitate positive action by others, and to participate in public-private partnerships as the junior rather than the senior partner.”

With respect to Quebec, a think tank expert pointed out that as of March 1st, 2021, 75 per cent of COVID-19 deaths in that province had occurred in long-term care centres as compared with just 43 per cent of deaths in France, 34 per cent in the UK, and 28 per cent in Germany. “This obvious failure to apply the triaging principle at the outset of the 2020 pandemic – of caring first for the most vulnerable – was a failure of the provincial, not the federal government.”

Or, to quote an Ontario delegate: “Ontario’s lockdown measures were even more ill-conceived and devoid of science than those invoked by the federal government. They even shut down golf courses. Four people on a huge green space, easily able to social distance. You couldn’t find a sport better suited to survive a pandemic. The Mayo Clinic in the U.S. said it was fine, but not Ontario. And Ontario shut down small businesses while allowing the Walmarts of the world to stay open. Why? A terrible decision and made at the provincial, not the federal level.”

Similar protests were raised concerning the draconian measures employed by Alberta against persons who protested the shutdown of places of worship even when they conformed to social distancing and other health protection measures, against those who joined or supported the Freedom Convoy, and against those who resisted the use of vaccine mandates.

In response to these arguments in favour of a provincial focus, other delegates with a national perspective, especially MPs with a federal focus, made three points:

The chair of the session at which this issue was debated then put forward the motion that the Common Sense Coalition endorse the creation of a non-governmental Commission to investigate the mismanagement of the COVID pandemic by the federal government, understanding that this should in no way preclude the establishment of similar commissions at the provincial level if there was significant public support in particular provinces for doing so. The motion carried, with 73 per cent in favour and 27 per cent opposed.

Media coverage of both the conference and this particular debate was mixed, with left-of-center commentators professing to be delighted at the tensions revealed by the debate over whether the COVID Commission should be federally or provincially focused. As one declared: “Supporters of the Liberal/NDP Coalition can take comfort that the internal divisiveness that has crippled the conservative camp for years is still alive and well. The latest evidence of this is that large numbers of the conservative-oriented members of the Commons Sense Coalition expressed a stronger preference for investigating and attacking the Conservative provincial governments of Ontario and Alberta over their management of the COVID crisis than they did for investigating and attacking the federal Trudeau government for its mismanagement of the pandemic.”

Whereas the concept of the Freedom Convoy struck a responsive chord with a significant portion of the Canadian public, the concept of the non-governmental COVID Commission generated an even greater response. Within four weeks, a dozen Commissioners possessing the specified qualifications had been recruited and agreed to serve, and over $10 million were raised via crowdsourcing to finance the Commission’s work.

The individuals selected to be COVID Commissioners included:

The Memorandum of Understanding defining the Commission’s Terms of Reference directed it to maintain a national perspective and to focus its inquiry primarily on the mismanagement of the response to the pandemic by the federal government, without denying that much mismanagement of the COVID response also occurred at the provincial and municipal levels. It expressed the hope that federal cabinet ministers and other federal officials would cooperate in supplying needed information to the Commission but empowered the Commission to utilize other investigative techniques to secure such information if federal government cooperation was not forthcoming. And the Commission was specifically directed to expeditiously address the 16 questions pertaining to the federal government’s management of the COVID crisis which had been raised by the Leader of the Official Opposition in seeking the support of the House for an investigative Royal Commission.

The allegations for invoking the Emergencies Act were baseless by Ryan Alford
Is the NDP-Liberal coalition attempting to whitewash the inquiries?
The use of the Emergencies Act was profoundly undemocratic by Gerry Bowler
It should be used only in the direst of circumstances

To the accusation that this non-governmental, publicly supported COVID Commission was inherently biased against the Trudeau government whose actions it was charged with investigating, the chair bluntly responded, “Of course it is – what did you expect, a Whitewash Commission like the government itself would have appointed had it been persuaded to do so?”

The Memorandum of Understanding establishing the COVID Commission specifically charged it with finding substantive answers to the following questions:

Preston Manning’s long record of public service includes work as founder of the Reform Party and as a Member of Parliament.

Next: The Public Hearings