Too often, politicians wrongly assume that the leaders of health organizations are unwilling and unable to bring about bold reforms 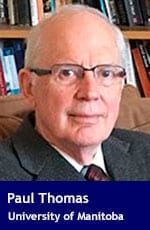 Using management consultants to design reforms for Canada’s health systems has become an increasingly popular strategy used by provincial and federal governments over the past several decades. But it’s not always been good value for money spent.

So why do governments do it?

In my home province of Manitoba, the newly-installed Conservative government of Premier Brian Pallister hired the consulting firm KPMG in 2016 to conduct the Health System Sustainability and Innovation Review. The firm was paid $750,000 to produce two reports that the government only released to the public reluctantly – and only with some sections blacked out.

Many critics blame KPMG for the sweeping scope and forced pace of the transformational changes underway in the Manitoba health system, with more to come.

This leads to two questions:

In other words, should we really be relying on consultants to solve our health care woes?

Governments need to be smart buyers when they look for outside help to overhaul health systems. Consultants can contribute importantly on narrow operational matters such as project management and IT systems.

However, when it comes to the big decisions, such as how much of the provincial budget should be spent on health care or how many regional health authorities there should be, the advice of consultants will be of limited value.

When it comes to a redesign of the health system, it’s not enough for governments to make the ‘right’ decision based on management theory. They must also ensure the support of stakeholders within the system and communicate effectively to gain the support of the public.

There are three main reasons why governments turn to consultants.

First, they often believe that the leadership of health organizations will be unwilling to deliver budgetary restraint and innovation because they want to protect the status and budgets of their organizations. Consultants are seen to provide independent and objective advice.

Finally, governments sometimes use consultants to send the symbolic message that they are serious about reform. Consultants’ reports can provide political cover for changes they always intended to make.

But too many health-care consultants follow a Sherlock Holmes approach: “It’s elementary, Dr. Watson.” Their diagnoses of the ailments of the health system are typically dire. Their prescriptions for a cure are accordingly radical. Often governments ask consultants to work under tight deadlines, which means they’re forced to rely heavily on the knowledge and data that already exists within the system.

Politicians follow their own type of rationality that consists of avoiding a backlash, the loss of public support and potential defeat at the next election.

Here’s the crux: Consultant reports aren’t simply summarizing symptoms in our health system that can be cured by an application of the latest managerial fixes. They’re actually detailing chronic conditions of health systems in which the supply of services will never fully meet demand. This fundamental reality leads to perennial political debates about how much health care we can afford and how best to pay for it.

Unaided, politicians can’t transform the health system. They need the specialized knowledge and advice of experts in the field. Too often, they assume that the leaders of health organizations are unwilling and unable to bring about bold reforms.

There is a place for consultants in the change process but consultants should also be kept in their place.

Dr. Paul G. Thomas, PhD, OM, is professor emeritus of political studies, University of Manitoba. He has worked on patient safety issues on the national and provincial level, and has studied the change process in health systems.