What was it like to volunteer for the ’88 Calgary Olympic Games?

What are the risks and rewards in hosting the Games? What might they do for the region? Can we recapture the magic of ’88? The Olympic Decision 2026 series, in partnership with SeekersMedia, explores these and other questions. This is the second of a multi-part series to run before Calgary city council votes on Sept. 10. 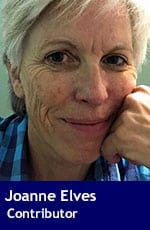 The closing ceremonies of the 1988 Winter Olympics were bittersweet for many Calgarians. We’d worked so many years leading up to that two-week event.

Sitting in a McMahon Stadium packed with athletes, visitors and volunteers who were still running on adrenalin, there was a rush of emotions. Along with my husband, my brothers and my father-in-law, I spent six years volunteering for ladies downhill events in preparation. And now it was over.

A baby-faced Frank King, a driving force behind Calgary’s Games, tried to hush the crowds. But even though we were frozen to the core, we were on fire. The extra scaffolding bleachers strained as the wave went for laps through the crowd.

Juan Antonio Samaranch, then president of the International Olympic Committee, stepped up the microphone and in his delightfully accented English, thanked the city and its volunteers for putting on such an amazing event.

“Despite your famous chinook winds, you have gone on to produce the best organization of the Winter Olympics ever,” Samaranch said.

Was it easy? No. Was it worth it? Most definitely.

What’s that saying? “Many hands make light work.” Calgarians and people from across the country pulled it off.

When the city made a callout for volunteers to fill the 9,400 positions, more than 22,000 people applied. Many like us worked at events they were passionate about, while others who didn’t ski or hang around rinks were happy to help in any capacity.

When Petro-Canada said it would organize and sponsor the torch relay across Canada, they said 6,214 people were needed to carry that hefty flame for a kilometre each. More than 6.6 million forms were filled in. People drove and flew from all parts of Canada on their own dime just to be part of something spectacular.

Like many Calgarians, we spent years preparing for the big event. We took classes to learn more about downhill racing and how to prep the slopes to be perfect on race day. We volunteered at races all over Western Canada so we would be spot-on for February 1988.

Weeks before the races at Nakiska, those damn chinooks melted our snow, but we made more and shovelled it where it was needed. The winds knocked down our fencing but we tied it back up. The snow drifted across the course, so we shovelled more.

There were so many volunteers on the slopes pitching in that it was like one big happy family. We were all happy to be there and nothing was going to ruin our races. And nothing did. They were awesome!

There’s so much to gain by volunteering for something that can bring so much good to our community. We won’t get there unless we vote this fall in the referendum when Calgary goes to the polls to decide whether it wants to host the 2026 Winter Olympic and Paralympic Games.

Be on the inside, join the #YesCalgary2026 tribe and gain inside information on the bid process at www.YesCalgary2026.ca.

And you know what else volunteering for the Games did? As a 20-something fresh out of university, “Volunteered for the 1988 Olympics” looked pretty damn sweet on a resume.

When Calgary puts the bid in for the 2026 Olympics, consider volunteering right from the get-go. There’s nothing more satisfying than nurturing a project, helping it grow and presenting it to the world. The athletes and the ardent Olympic fans who will flock to Calgary will love you for it.

Stay tuned for details on the 2026 Family Street Party series, happening at 2:26 p.m. on Sept. 8 across Calgary.

Joanne Elves started her writing career during the Calgary Winter Olympics as a special correspondent for the Rocky Mountain House Mountaineer. Since then, her passion for telling a good story about interesting destinations or wild adventures has taken her around the world. She’s still passionate about the Olympics and screams encouragement at the TV during every event.

What was it like to volunteer for the ’88 Calgary Olympic Games? added by Troy Media on August 31, 2018
View all posts by Troy Media →