Autumn in the hills 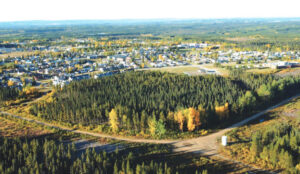 It’s officially Fall! The leaves have been steadily turning, creating a beautiful explosion of colours in and around Swan Hills. They’ve also begun to fall, so get your rakes ready!

The starting and ending of the seasons might seem a little arbitrary, but there’s a bit more to it than randomly picking a date on the calendar. The autumnal equinox occurred on Thursday morning (Sept. 22) at 7:04 MDT, marking the official beginning of fall in the Northern Hemisphere and spring in the Southern Hemisphere.

The fall equinox is a significant point in the astronomical year where there is roughly an equal amount of night and day-light on Earth, after which the nights get progressively longer until the winter solstice on Dec. 21, the longest night of the year. The days get progressively longer after the winter solstice until the spring equinox, after which we begin to see more daylight than nighttime again. The days keep getting longer until the summer solstice on June 21, 2023, the longest day of the year, and then the whole cycle starts again.