By Dean LaBerge, Gazette Reporter on July 14, 2021No Comment 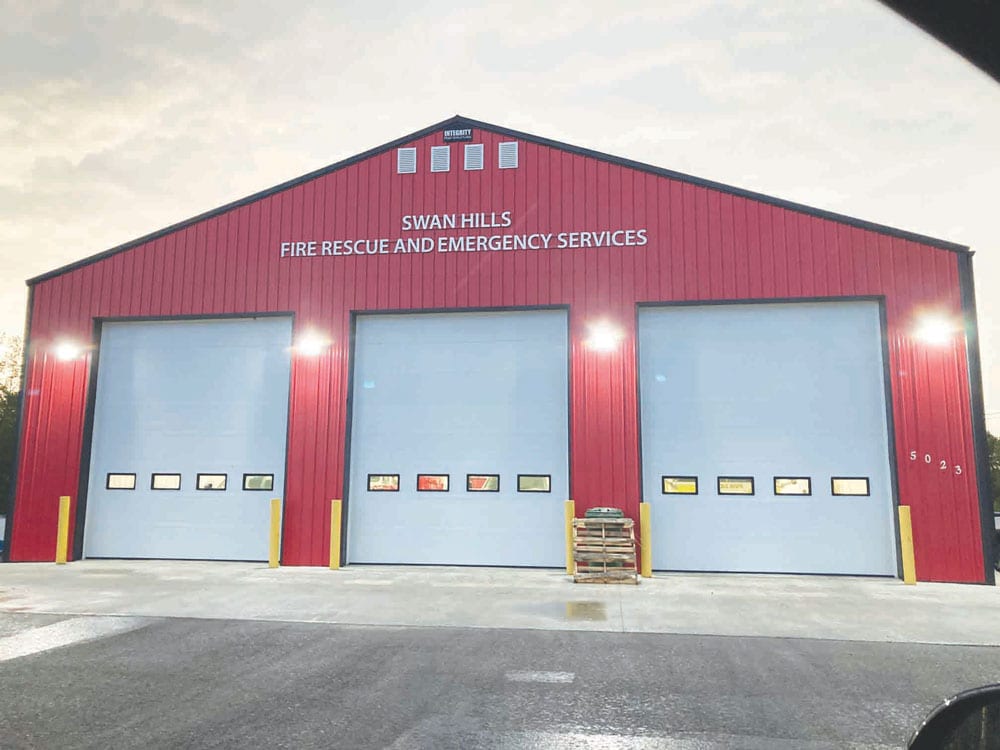 The SHFD has had a busy summer so far. In the space of just three weeks:

The SHFD’s membership has increased lately, with an EMS member and three new junior members joining the ranks. One of the department’s junior firefighter members also recently came of age and graduated to become a firefighter.

Firefighter training at the SHFD is back to normal now that the COVID-19 public health restrictions have been lifted. The SHFD members are still maintaining distance and sanitizing the department’s vehicles, but they no longer have to wear masks.. Training has now entered the summer schedule. From June until September 1, the department trains every two weeks instead of the weekly schedule that they maintain for the rest of the year.

The Firefighter training ranges from the basics (Personal Protective Equipment, Self Contained Breathing Apparatus, hose lines, advancing hose lines, etc.) to more advanced skills, such as vehicle extrication and medical training (including cross-training with EMS). The SHFD has also cross-trained with the wildland firefighters at the Swan Hills Fire Base in the past. The department has been trying to set up some cross-training for this summer, but the personnel at the fire base have been kept quite busy this year, making it hard to arrange anything.

The SHFD has been housed in the new fire hall since April 2020. Unfortunately, there hasn’t been an opportunity to hold an open house at the new fire hall for the Swan Hills community due to the pandemic. Now that the COVID-19 public health restrictions have been lifted, the SHFD will be planning an open house for the community, possibly for September.

The new fire hall has many advantages over the previous facility. There is more room to store the department’s equipment and to house their vehicles. There is a lot more room for fitness training, and there are showers in the bathrooms. The new fire hall also has a large training room with a computer and smart TV set-up and a large whiteboard.

Hopefully, the summer will settle down and present fewer emergencies for the Swan Hills Fire Department, with a safe and enjoyable summer for everyone.