Defunding police a movement whose time has come 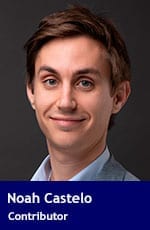 The last two weeks have seen an explosion of interest in defunding the police in Canada and around the world.

This is not a new idea – governments have long recognized that “the current model … was obsolete, expensive and too often produced dire consequences,” and have sought “alternative, more community-responsive approaches to public safety.”

Despite these recognitions, however, police budgets have continued to increase every year in cities across the country.

The difference now is unprecedented public interest in police budgets in the wake of continued police brutality against racial minorities. This violence is of course not limited to the United States. This month alone, police have been filmed violently assaulting Indigenous Canadians in Alberta and Nunavut and killed an unarmed Indigenous woman in New Brunswick during a “wellness check.”

One key argument behind defunding police is that much of their work could be done better and more affordably by other professionals – for example, sending trained mental health workers to conduct “wellness checks” instead of armed officers.

In Edmonton, Coun. Michael Walters says that 30 per cent of the police’s work is “social work,” citing two former police chiefs. Police officers don’t sign up to be social workers and we shouldn’t be asking them to do this kind of work that they aren’t trained to do.

If 30 per cent of the police’s work could be done more effectively by trained social workers, then fewer public funds should go to the police and more towards social workers – who, of course, are much less likely to somehow end up killing the people they’re supposed to be helping.

Edmonton’s police chief complained recently that the growing movement to defund the police is due to “an event” that happened “thousands of miles away,” in Minneapolis.

This is misleading. George Floyd’s murder was clearly a catalyst, but deep and systemic racism has existed in Canada since Europeans first arrived here, and both Prime Minister Justin Trudeau and the head of the RCMP acknowledge that racism continues to exist in all of the country’s police forces. Black and Indigenous people of colour (BIPOC) are far more likely to suffer the brunt of police brutality, in part because of racist police officers.

Reducing police budgets means fewer opportunities for racism to manifest in violence. (There are racist social workers, too, but they don’t carry guns.) It also means more money available to invest in preventive measures that strengthen BIPOC communities and reduce the likelihood that future crimes will occur.

In addition to reducing overall police budgets and redirecting the savings to more appropriate and preventive measures, the remaining police budget should include funding for body cameras. Calgary is the only Canadian city to use them; Edmonton decided not to after a pilot project, citing costs and “no evidence that it reduced use of force.”

Costs are an interesting excuse considering the vast increase in the militarization of police across the country in recent decades, including SWAT teams used largely for “routine activities such as executing warrants … and domestic disturbances.” Edmonton police managed to find $44 million to build a new shooting range but decided that $837,000 was too much for body cameras.

Defunding the police is a movement whose time has clearly come. It means asking the police to do less and social workers and other trained professionals to do more. And it means fewer opportunities for police brutality, which disproportionately impacts BIPOC and other vulnerable communities.

Coupled with the mandatory use of body cameras, this movement is a good place to start meaningfully responding to the global demand for a more humane and peaceful society.

Noah Castelo is an assistant professor in the Department of Marketing, Business Economics and Law at the University of Alberta.

Noah is a Troy Media Thought Leader. Why aren’t you?

This article was submitted by the University of Alberta’s online publication Folio, a Troy Media content provider partner.