Jordan Peterson is fighting for all Canadians 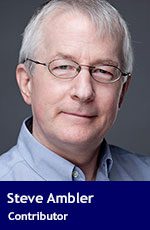 Most readers will be familiar with the recent travails of Jordan Peterson with the College of Psychologists of Ontario (CPO). He has been ordered by the CPO to undergo, at his own expense, a lengthy course of “media training.”

Their judgment is based on complaints received from people who have never been his patients and probably have never met him, concerning political views that he has expressed on social media and which have nothing to do with the exercise of his profession as a clinical psychologist. If he refuses, the CPO has threatened to revoke his license to practise.

Peterson has not only refused to cave to this order; he has decided to fight back in court, arguing that the order is an infringement of the rights guaranteed in Section 2(b) of the Charter of Rights and Freedoms.

It is vital for all Canadians to realize that Jordan Peterson’s fight is our fight. He is in a position to do so because of the revenue he derives from his podcasts and public appearances so that he is no longer dependent on his income as a clinical psychologist or as a tenured professor. This makes him “uncancellable” in much the same way that author J.K. Rowling is uncancellable because of the income from her books.

Many other people are not so fortunate.

If you are licensed by the CPO, their ruling will have had a chilling effect. Openly expressing a political opinion, a fundamental right we all have, could potentially lead to the loss of your license and of your livelihood. If Jordan had caved to the pressure and accepted to undergo the Maoist struggle sessions the CPO wanted to impose, the chilling effect would have been very much worse.

Medical practitioners in Canada have gotten into trouble for expressing opinions (admittedly, these are opinions which are directly related to the exercise of their professions) opposing the ever-changing orthodoxies of health protocols related to COVID. This is the case even when those opinions have later been proven to be absolutely correct.

In academia, pushing back against what Gad Saad of Concordia University calls the DIE religion (diversity, inclusion and equity) at your university can mean no promotions and no possibility of getting research grants. I was keenly aware of this towards the end of my 35-year career in academia. If, as a teaching assistant, you show a short clip from an interview with Jordan Peterson on publicly-funded TVOntario in your class, good luck getting another contract and being able to fund your university education.

As an ordinary citizen, if you donate $25 to support a political cause, you can have your bank account frozen, preventing you from paying your rent or buying food. You will potentially have no due recourse before the courts, even if, at the time of your donation, the political cause was perfectly legal. This violates one of the cardinal principles of jurisprudence, which is that laws should never be applied retroactively. It also violates Section 11(g) of the Charter of Rights and Freedoms.

I doubt there is anyone who agrees with 100 per cent of what Jordan Peterson has said, but he deserves the support of all of us. If he wins, as he should, the chilling effect will be reversed. Publicly-funded regulatory bodies like the CPO, universities, and governments themselves will perhaps think twice before going after individuals for expressing their political beliefs or their reasonably-held professional opinions, even if they do not have the notoriety and financial resources of a Jordan Peterson.

We will all benefit.