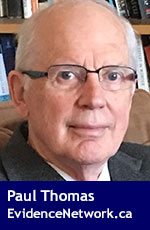 The recent introduction by the federal government of Bill C 76, meant to overhaul Canada’s Election Act, raises the question: Is a belated commitment to improving electoral democracy better than no commitment at all?

The answer has to be yes. However, the Liberals have been conspicuously ambivalent and lukewarm on electoral reform during their time in office.

Now they’re pushing Parliament to pass a bill so a new voting process can be in place for the October 2019 federal election. With so little time to execute any new legislation, cynics initially suggested that Bill C-76 might be a symbolic gesture intended to refurbish the tarnished credentials of a Liberal party that once championed stronger electoral democracy.

Since then, the government co-operated with the NDP to limit debate at the second reading. The bill then went to committee for detailed review, after which it must be passed by the Commons. It then must pass the Senate and that may not happen before the end of the summer. Meanwhile Elections Canada must plan for the next election on the assumption that the bill will pass.

Even telling part of the tangled story of the Liberals’ recent moves on electoral reform suggests that the party did not fully appreciate the complexity and political risks involved. But it’s not too late to complete the task of modernizing our election laws.

Many will recall the Liberal attacks on the obnoxious features of the misnamed Fair Elections Act of 2014 and their complaints when the Conservative government of the time rammed that bill through Parliament.

Then there was the bold Liberal promise during the 2015 election campaign to replace the first-past-the-post (FPTP) electoral system with a fairer system that supposedly would engage more voters.

Of course, the Liberals’ passionate rhetoric about improving the election process came when the party was in third place in Parliament and striving to return to what its more ardent supporters regard as its rightful place in government.

Once in office, the Liberal enthusiasm for electoral reform seemed to wane quickly. A first-term MP was appointed minister for Democratic Institutions. Since then, there have been two subsequent ministers, one full time and one acting. A more committed government might have put an experienced minister in charge.

Then there was undue delay in appointing the all-party, special House of Commons committee that was supposed to identify an alternative to FPTP.  That committee broke down along party lines with the Liberal majority declaring in a December 2016 report that there was no national consensus in favour of an alternative electoral system, so that campaign promise was abandoned.

The next step by the Liberal government was to introduce Bill C33, intended to reverse the egregious features of the Fair Elections Act. Yet the bill never moved forward on the parliamentary agenda.

Forward to the present. The good news is there are plenty of positive things in Bill C-76.

The progressive reforms from Bill C-33 are included, such as the restoration of both the voter information card for identification at the polls and the mandate to engage in educational outreach. Other positive features include the creation of a pre-writ period (beginning on June 30 in the fixed date election year), with a cap on advertising by political parties and advocacy groups. It also limits the election period to 50 days or fewer. It reduces from $500 to zero the amount that foreign entities can spend to influence elections.

Most disappointing, however, the bill doesn’t bring parties under privacy laws. Instead, it allows them to regulate their own behaviour. Also, there’s a loophole in the rule about foreign spending that permits a foreign entity to give money to one Canadian organization, which can then pass the money to another Canadian group, which uses it for political purposes.

There are some lessons to be learned from this on-off-on Liberal approach to electoral reform. Excitement about democratic reform is always greater in opposition than in power. No party will change election rules to their disadvantage. And when election law becomes entangled in partisan fights, as occurred with the Fair Elections Act, progress becomes difficult.

Apparently, it took the Liberals time to realize the political headaches involved with electoral reform and this caused them to drop the idea of a new electoral system.

Maybe Prime Minister Justin Trudeau, cabinet and caucus came to the conclusion that in combination with other reforms, like the creation of an independent, non-partisan Senate, electoral reform would make the national policy process less controllable and politically risky.

Paul G. Thomas is professor emeritus of Political Studies at the University of Manitoba.