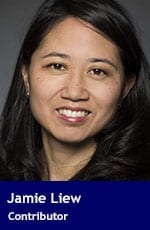 There’s been a lot of talk about getting rid of birthright citizenship.

U.S. President Donald Trump announced he will issue an executive order that would do away with automatic citizenship for babies born in the U.S.

Conservative Party of Canada members passed a motion that would end birthright citizenship unless one parent is a citizen or permanent resident, should the party form government.

And Liberal MP Joe Peschisolido of Richmond, B.C., has sponsored a petition to eliminate birthright citizenship.

In the U.S., the president can’t unilaterally eliminate a right in the 14th Amendment of the Constitution.

In Canada, however, birthright citizenship can be eliminated by amending or repealing parts of the Citizenship Act.

The preoccupation with ending birthright citizenship is tied to the argument that migrants are engaging in “birth tourism” and challenging the integrity of citizenship.

But the facts say otherwise.

Andrew Griffith, a former director general at Immigration, Refugees and Citizenship Canada, recently analyzed hospital data and found that only 1.2 per cent of births can be attributed to mothers who reside outside of Canada. The figure might be lower as births to corporate transferees, international students and Canadian expatriates returning to give birth are included.

The low overall levels suggest there’s no business case for changing Canada’s citizenship policy. Eliminating or creating a ‘graduated’ birthright citizenship would be akin to an enormous hammer hitting a tiny nail.

The elimination of birthright citizenship would affect not just migrants but all of us. Every person born in Canada would need to apply for citizenship. More tax dollars would be needed to process the applications.

Clerks would suddenly have the power to make substantive legal determinations. Like any administrative system, mistakes would be made. Bad or wrong decisions would be challenged in the courts at great expense to both the state and people affected. People would struggle with being stateless in the interim.

Doing away with birthright citizenship would increase the number of stateless persons in Canada. Being stateless has serious implications such as difficulty accessing education, employment, health care, social services and freedom of movement. Stateless persons would be subject to arrest, detention and potential removal to places they may never have been. The policy would create barriers to important rights that come with citizenship, including the right to vote.

The elimination of birthright citizenship would have the greatest impact on the most vulnerable: the indigent, those with mental illness, and children who are in precarious family situations or are wards of the state. These are the people who may not have the appropriate proof for obtaining citizenship. For example, parents (who are Canadian citizens or permanent residents) of persons seeking citizenship may have lost paperwork, may not want to co-operate, may not be in the country or may find out they’re not the biological parent of that child.

This one policy would create an expensive social problem for the state.

The elimination of birthright citizenship is not an act to preserve or protect the integrity of citizenship. The policy would be a dividing tool that would legitimize the argument that racialized persons are less deserving of citizenship, even though there’s no evidence to show that children born of foreign mothers don’t stay in Canada and don’t contribute to society.

The stripping and denial of citizenship elsewhere has encouraged discrimination, persecution and violence against stateless people. For example, the genocide of Rohingya was precipitated by their being denied citizenship in Myanmar, a country they called home for generations.

Getting rid of birthright citizenship wouldn’t stop migrants from coming.

Instead of making it harder to get citizenship, we should trust our well-oiled immigration system to deal with the entry of people into our country.

My father was born stateless because the state he was born into didn’t confer birthright citizenship. It affected his opportunity for education and employment, as well as his mental health.

Being a child of a previously stateless person, I’m proof that welcoming stateless people to Canada with the conferral of citizenship is the best way to build a nation.

Jamie Liew is an immigration lawyer and an associate professor at the Faculty of Law, University of Ottawa. An earlier version of this commentary appeared in Policy Options.

Jamie is one of our Thought Leaders. Why aren’t you?