The right of women to choose their own futures 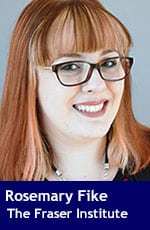 The Canada-Saudi Arabia diplomatic dispute appears to have calmed – for now – but the issue at the heart of the dispute remains.

The dispute peaked in August after Foreign Affairs Minister Chrystia Freeland tweeted her support for women’s rights activist Samar Badawi. That prompted Saudi Arabia to pull its students from Canadian colleges and universities (with a temporary exception for medical students).

But while the spat made headlines, sadly, mistreatment of women in the kingdom – and other countries around the world, particularly in the Middle East and Africa – is nothing new. Saudi officials arrested Badawi and fellow activist Nassima al-Sada on July 30. It was one of several recent cases of female human rights activists being detained in Saudi Arabia.

Most of these activists oppose Saudi Arabia’s guardianship system. It legally requires women to have a male guardian – a husband, father or other male relative – who controls their major life choices. For example, Saudi women must obtain permission from their guardians before they travel, go to university, get a job and even marry.

According to Saudi law, they must obey their guardian’s decisions.

If she doesn’t, a woman can be charged with disobedience, which is exactly what happened to Badawi in 2009. She became the first woman to bring a court case challenging this system – no easy feat, considering a woman’s testimony carries less weight in Saudi courts than a man’s.

Women like Badawi are fighting for freedom and the right to choose their futures. And in doing so, they underline the gender disparity that exists in Saudi law while sparking a broader conversation about women’s rights worldwide.

In my recent Fraser Institute policy report, Women in Progress, I rated countries based on the differences in how men and women are treated under the law. Saudi Arabia has the greatest legal gender disparity in the world.

But it’s hardly alone – 19 countries require women to obtain permission from husbands or guardians before finding employment. Even if they’re permitted to work, women in 104 countries face gender-specific labour market restrictions on the type of work they can do and the hours they can work.

So what’s the solution? How can women living in oppressive countries break free, prosper and live healthier and more fulfilling lives?

With greater economic freedom, women can choose whether and how to contribute to the economy based on their talents and interests, move to new locations to pursue opportunities, and obtain greater access to financial institutions and improved legal status, so they can start businesses and make investments for the future.

Of course, progress for women not only affects individuals – it impacts the economy at large. In Saudi Arabia, for example, nearly half of the population (women) can’t contribute to the economy, so the country is missing out on the wealth and talent its female population could generate.

My study also analyzed the relationship between economic freedom and well-being, and found that women living in economically freer countries are better able to earn a living, have healthier lives, and have more opportunities to pursue education and financial independence.

On the education front, women are more likely to invest in education if they can use that knowledge in the labour force.

The Saudi Arabia regime recently granted women more freedoms, including the right to drive. But clearly, there’s much to be done.

Without removing gender-specific economic barriers, it’s difficult – and in many countries, impossible – for women to share in the benefits of free markets.

Sustainable change doesn’t happen overnight. But when the potential benefits of protecting these rights are so significant, the recent Canada-Saudi back-and-forth raises a conversation that can literally save lives.

Rosemarie Fike is an economics instructor at Texas Christian University, a senior fellow at the Fraser Institute, and principal author of the institute’s work on women, progress and economic freedom.