Among the possible consequences are higher deficits, bigger government, a rise in regional tensions and a fractured nation 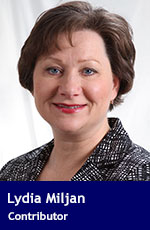 In the final days of election 2019, talk of minority government and the possibility of a Liberal/NDP coalition has dominated the headlines, with NDP Leader Jagmeet Singh declaring that, “People should know that New Democrats aren’t going to work with putting in a Conservative government. We’re not going to do that.”

Of course, whether the Liberals are able to form a minority government remains to be seen. It’s also uncertain whether Justin Trudeau would even entertain the idea of a coalition government with any other political party. The Liberals more likely would have some form of “supply and confidence” agreement with the NDP or the Bloq Quebecois (like the NDP and Greens in British Columbia).

Regardless of the details, many people view this as the best-case scenario. Minority governments, they say, produced Canada’s most cherished social programs – Medicare, the Canada Pension Plan, official bilingualism.

But among the many unknowns of any alliance between parties is what the coalition partner will demand in return for its support. Will it be the end of pipelines, more goodies for Quebec, or perhaps something closer to home such as a change in the electoral system towards proportional representation (PR)?

If the NDP or even the Bloq insist that PR – an electoral system where parties gain seats in relative proportion to the number of votes – become the law of the land, then their influence on government would far exceed any other policy change they could achieve this next Parliament. A shift towards PR would help ensure that smaller parties would be in positions of power in subsequent elections. It might also open the door to having the Greens and the People’s Party of Canada play a more pivotal role.

Of course, proponents of PR see all this as a positive development for democracy. They argue that this type of post-election negotiation provides better representation and enhanced government services. But while PR systems produce results that better mirror public opinion, they also come at a cost both in terms of the public’s ability to choose government and the size of government itself.

Forming government in PR systems often requires intense backroom negotiations between various political parties after the votes have been counted. Indeed, in many PR systems, there are often three coalition partners because PR systems encourage more political parties. The chances of smaller parties getting elected, as well as the number of extreme parties, increases. No longer does one have to compromise on policy issues before the election.

Not only do PR systems encourage the rise of ideological parties, but they also reward regional parties. (If nothing else, the 2019 election has reminded Canadians of the power of a regional party such as the Bloq Quebecois.) In Canada, it’s highly probable that a PR system would help produce other regional parties, thus exacerbating regional tensions and rekindling concerns over national unity.

Aside from the parties, what impact do PR systems have on policy? Studies show that not only do PR systems result in coalition governments 87 per cent of the time, but those coalition governments come at a high price to taxpayers. Because each coalition partner requires some specific policy for its constituent group, the size of government increases. As a measure of the share of GDP, countries with PR were more than 27.8 per cent larger than countries without PR.

Consequently, governments in PR countries are also more likely to run deficits than those from plurality or majoritarian systems. Considering the penchant for deficits already on display in Ottawa, that is a worrying proposition.

Lydia Miljan is an associate professor of political science at the University of Windsor and a senior fellow of the Fraser Institute.

Lydia is a Troy Media Thought Leader. Why aren’t you?