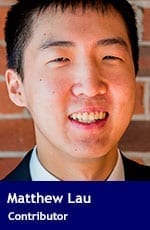 However, advocates overlooked some of the negative of the policy. Now they’re prescribing yet more government interventions to remedy the problems caused by the wage hike.

When the Ontario government hiked the minimum wage from $11.60 to $14 an hour in January 2018, one of the immediate effects was a huge increase in the prices of labour-intensive goods and services, such as child care.

Just two weeks after the $14 minimum wage came into effect, the CBC reported that “child-care costs increase due to minimum wage change … some parents [are] saying their fees have jumped by as much as 24 percent this month. This is despite a $12.7-million provincial fund to help daycare centres deal with the wage increase.”

Clearly, one of the negative effects of the minimum wage increase was a significant cost to families with young children. The cause of rising child care fees was taken up in a recent paper from the left-learning think-tank Canadian Centre for Policy Alternatives (CCPA).

Concluding from a survey that child care fees rose faster than inflation in most Canadian cities in 2018, the CCPA report called for more government spending on child care.

Nowhere did the report mention that the major cause of rising child care costs in 2018 was another government intervention – the minimum wage hike that the CCPA vigorously supported.

When child care prices rise, fewer parents use those services, resulting in fewer jobs. The same is true for restaurants, retail shops, convenience stores and so on. Higher prices driven by higher labour costs in all industries mean lower demand for goods and services, which means workers lose jobs.

This often provokes calls for more government intervention to help those who have lost their jobs or skills training to boost workers’ employability. (Much of the unemployment increase resulting from minimum wage hikes is among young workers.)

According to a study in 2014 by economist Morley Gunderson for a government-sponsored Ontario think-tank, “the Canadian evidence is more in agreement, with the recent evidence based on different data sets and methodologies generally finding that a 10 per cent increase in the minimum wage reduces employment by about three to six per cent for teens and slightly less for young adults.”

In order to remedy the problem of high youth unemployment, which is largely a result of provincial governments ratcheting up the minimum wage, the federal government spends hundreds of millions of dollars in subsidies each year through the Canada Summer Jobs program.

Child-care spending, additional programs to help the unemployed and summer job subsidies for youth are just three examples of government interventions that are designed to counteract the economic problems caused at least partly by minimum wage hikes.

Interventionist policies are often the root of economic problems to begin with.