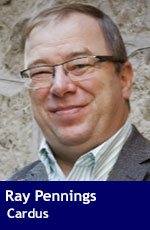 Have we lost all sense of proportion when it comes to our fundamental rights in Canada?

Two recent cases suggest we have.

Both cases involve the notwithstanding clause in the Charter of Rights and Freedoms, which allows legislatures to temporarily bypass certain constitutionally-protected rights. Two premiers have sought to invoke the much-discussed clause recently.

Yet the media response to each case has been quite different, suggesting we’ve lost the plot in Canada on defending fundamental freedoms.

When Ontario Premier Doug Ford threatened last September to use the notwithstanding clause to push through his decision to shrink the size of Toronto city council, it caused weeks of uproar and a media storm.

A media database search turned up almost 12,400 mentions of “Doug Ford” with the phrase “notwithstanding clause” in the three weeks following his announcement. While some of these were only a passing reference, the sheer number of news stories indicates very intense media interest.

More recently, Quebec Premier Francois Legault announced he’d use the notwithstanding clause to protect his Bill 21 from being ruled inoperative by the courts. The bill would bar public servants in positions of authority from wearing religious symbols on the job.

Within eight weeks of Bill 21’s introduction, a media database search uncovered just 5,400 mentions of it.

Ford’s policy regarding Toronto city council was debatable, but its importance pales in comparison to Legault’s actions. His Bill 21 would suspend religious freedom – a fundamental freedom listed first (with freedom of conscience) in the charter. It would force religious Sikhs, orthodox Jews, many Muslim women and Christians who wear crosses to hide their beliefs while working as police officers, Crown prosecutors, teachers or other civil servants.

Arguably, using the notwithstanding clause for this is immeasurably more important than anything Ford contemplated.

So why is there such a dramatic difference in the attention each case has received?

The nature of the news media offers a partial answer. The Ontario premier versus the city council he once served on provides an easy, conflict-filled narrative. In Quebec’s case, there’s plenty of conflict, but the media seem to find it tougher to assign good-guy and bad-guy labels consistently.

The media also reflect the culture in which they work as much as they influence that culture. Sadly, the difference in the volume of media coverage in these two cases seems to mirror Canadians’ waning understanding of religious freedom. The media don’t see Quebec’s violation of religious freedom for what it is because many Canadians don’t either.

When the Angus Reid Institute, in partnership with Cardus, asked Canadians last year whether religious freedom made Canada a better country, only 59 per cent responded positively. Amazingly, 14 per cent said it made Canada worse. For a fundamental human right, 59 per cent support is alarmingly low.

The same poll found half of Canadians expressed discomfort with people wearing religious garments or symbols at work. Even so, a May 2019 Angus Reid poll found the vast majority of Canadians outside Quebec still believed public employees should be allowed to wear most religious symbols on the job, with exceptions for the Sikh kirpan and the Muslim niqab and burka. A slight majority opposed a Quebec-style secularism law for their own province.

The relatively low value Canadians assign to religious freedom and the tepid opposition to secularism laws are worrisome. They suggest Canadians – journalists included – have forgotten how vitally connected religious freedom is to other constitutionally protected freedoms.

The coverage also seems to reinforce the downward trend in respect for the contribution and value of faith to public life due to growing secularism.

When Angus Reid asked Canadians whether the presence of various faith groups were a net benefit to society, the most religiously active respondents were most respectful of all faith groups. The least religious saw all religions negatively. Religious Canadians are most open toward those who differ from themselves; the non-religious are the least open to diversity.

Perhaps it’s not too surprising that a fight over the size of a city council gets more than twice the attention as a gross violation of religious freedom.

But imbalanced media coverage isn’t justifiable. Religious freedom is a fundamental human right. Violations of it deserve news coverage. We can’t take such freedoms for granted.

Where’s the outcry over Quebec’s restrictive Bill 21? added by Cardus on May 23, 2019
View all posts by Cardus →