Why Olympic decision 2026 matters to every Calgarian

A generation after the 1988 Olympics transformed Calgary, its citizens are debating whether to bid for the 2026 Games. Calgary city council votes on Sept. 10 on whether to keep the process alive and its citizens will have their say in a plebiscite on Nov. 13. What are the risks and rewards in hosting the Games? What might they do for the region? Can we recapture the magic of ’88? The Calgary 2026 series, in partnership with Seekers Media, explores these and other questions. 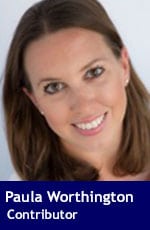 This fall, Calgarians are talking about 2026 and whether our city will move forward with delivering a bid to host the Winter Olympic Games. The conversation is a lively one, with a lot of questions at stake.

What’s becoming abundantly clear is that Calgarians won’t host the Olympics at any cost – financial and otherwise.

As the host of the 1988 Olympics, Calgary already has much of the infrastructure in place to host another Games, but facilities will require investment to bring them up to 2026 standards. Some people are concerned about the costs, while others recognize that those investments will be needed for those facilities regardless of whether Calgary moves forward with the bid.

Nostalgia, cost, volunteerism, investments, funding, security. The conversation around the Olympics carries many points of view, but it’s also an opportunity to unite different age groups and mindsets. Here’s why it’s important to every generation:

It was a team of thousands of volunteers that brought the 1988 Olympics to life in Calgary. Some say the Olympics helped solidify the spirit of volunteerism that has become an integral part of the Calgary culture today. Those who worked on the Games in 1988 know first-hand the lasting legacy created, and the intangible spirit that captured the city and helped catapult it to the world stage.

They also remember that Calgary approached the Games with a strategic mindset then, which helped create an economic boost to the city and a legacy that has spanned decades.

Growing up with the Olympics

For those who grew up experiencing the Olympics in our city, it’s a chance to play a larger role in shaping how a bid could look for Calgary this time around – on Calgary’s terms.

This group were the kids of the 1980s, who remember the spark that came from hosting the Olympic Games, whether it was capturing a glimpse of the torch as it made its way through the city streets, or getting inspired by the athleticism of the athletes who took home gold.

The Spirit of 88 is definitely cool again, with everything from micro-breweries to fashion fads embracing the magic of the era.

Creating the Olympics of the future also requires the brawn and brains of the millennials, who refuse to accept the status quo and who love to flex creativity, logic and opportunity in their thinking. They’re curious and excited and aren’t afraid to rethink tradition for the chance to apply new solutions.

Have the conversations and learn the facts. Websites like www.yescalgary.ca are addressing the opportunities and concerns that Calgarians are feeling.

If you want a chance to be part of the Games, write a letter to your city councillor expressing your support, or host your colleagues or friends to have a conversation about how and if Calgary can turn this opportunity into a legacy that will benefit generations to come.

But like any great athlete, now isn’t a time to sit at the sidelines and wait it out – it’s time to jump in the game and let yourself be heard.

Paula Worthington is a communications consultant and freelance writer based in Calgary.