Abject failure in U.S., India in face of COVID-19 crisis

India has failed its citizens, especially the vulnerable. The U.S. has hobbled from one makeshift policy fiasco to another 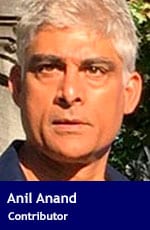 The largest democracy and the most powerful nation in the world have both been left disrobed of their pageantry and power by COVID-19, shamefully failing their citizens and revealing their disintegrating moral façade.

It’s said that the measure of a person is not what they do when things are going well, but rather how they respond at times of adversity.

One of the many lessons brought to bear by COVID-19 has been our ability, as societies around the world, to respond to our own challenges while maintaining the connectedness that has come to define us as a global community. True character has been revealed.

Many local and national responses have demonstrated the character and grit expected of decent and just societies.

But there have also been colossal failures. Two such failures have been by the largest democracy, India, and the most powerful nation, the United States. Both have revealed their fractured values.

China  first reported the detection of an unknown strain of virus to the World Health Organization (WHO) on Dec. 31. On March 11, WHO declared the outbreak to be a pandemic and Europe was declared the new epicentre, with more reported cases and deaths than the rest of the world combined, beyond China.

India finally placed the country, a fifth of humanity, under a 21-day lockdown on March 24, 84 days after China reported the outbreak to WHO and 54 days after India’s first case was reported on Jan. 30.

India had temporarily suspended almost all visas and closed the land border on March 13, almost 71 days after China reported to WHO and 25 days after its own first case of COVID-19.

It would appear that India’s self confidence in responding to the virus was misplaced and perhaps even negligent. India has perhaps the worst slums and most marginalized populations, so it should have been far more concerned and prepared for the potential damages.

On March 7, Delhi was still reeling from the capital’s worst religious riots in decades, with 53 known dead, corpses still being discovered in drainage ditches, and hundreds of wounded languishing in understaffed medical facilities. It was clear even then that India’s medical system wasn’t prepared to respond to a large-scale disaster.

In the weeks and months following the emergence of COVID-19, India did almost nothing to systematically prepare its vulnerable for the ensuing onslaught.

There was almost no observable change in behaviour of the public; media reports focused on the challenges in China and blaming foreign tourists for importing the virus to India. Homeopathic remedies and superstitious belief abounded as ways to fend off the virus, and popular Indian news stations touted India’s capacity to respond to the virus as superior to that of other nations.

There were no restrictions at congested wholesale markets, technology centres or hospitals. Delhi’s central public hospital, the All India Institute Of Medical Science (AIIMS), was lined with dying and sick patients, and their families slept on the lawns and beside the walkways leading to the hospital entrance, not to mention in the halls and corridors. This was already happening weeks before the lockdown.

This lethargic response has resulted in a social fracture.

The widespread lack of personal protective equipment (PPE) for front-line medical workers (some resorted to torn raincoats) made many question why India airlifted 15 tonnes of medical supplies to China on Feb.  26.

There are reports of medical staff being evicted from their residences for fear they may communicate the virus.

There has been chaos at bus terminals caused by migrant workers attempting to flee to their villages and foreigners being ostracized.

The sudden and unexpected announcement of the lockdown left most families ill-prepared. It also left millions of subsistence workers without prospect of income, shelter or food, and effectively segregated the poor from the middle and upper classes.

Migrant workers have been herded en masse into the streets, to be sprayed with disinfectant. This set in motion potentially catastrophic mass migrations, transporting COVID-19 across the nation. Some migrants returning to their villages have had to resort to living in trees.

These aren’t the responses of a democratic society.

“I apologize for taking these harsh steps that have caused difficulties in your lives, especially the poor people,” Modi said in his monthly address, broadcast by state radio. “I know some of you will be angry with me. But these tough measures were needed to win this battle.”

The citizens of India deserved a well-considered response and mobilization. Instead, they got a reflexive draconian lockdown.

The absurdity of the response has included a Bharatiya Janata Party (BJP) leader hosting a cow’s urine consumption party as a containment for COVID-19, and Amitab Bachan, a popular former politician, suggesting people blow conch shells as a means of warding off the virus.

India has failed its citizens, especially the vulnerable and destitute who lack voices. They will inevitably fade away without the government’s sympathy or empathy.

Democracy isn’t the right to vote, it’s the right to be counted, and India has failed to live up to its obligations to its citizens.

The other fractured beacon of justice is closer to home. The United States, the most powerful, the wealthiest and most relied-upon nation in time of need, has collapsed under the strain of COVID-19.

On March 15, President Donald Trump painted an optimistic and disingenuous scenario despite the experiences of several countries. “There’s a very contagious virus, but it’s something we have tremendous control over,” he said.

Instead, on March 26 the U.S. recorded a milestone in the crisis: more COVID-19 cases than any other country.

Unprepared, lacking infrastructure, medical equipment, planning and co-ordination, the country has hobbled from one makeshift policy fiasco to another.

Unlike countries that offered and supported others through the delivery of medical aid, personnel and co-operation, the U.S. has been bidding up the costs of PPE against its own citizens. At the same time, it’s pleading for support from the very partners it has abandoned, marginalized and criticized over the past four years.

It has even systematically sought out and diverted PPE supplies intended for Canada and other countries for its own use. That’s a betrayal of ethical values and indicative of the fractured and false state of American ethics.

The United States has not only failed to be the beacon it holds itself to be, it has amply confirmed its crumbling moral standard.

Anil Anand is a research associate with the Frontier Centre for Public Policy. Anil served as a police officer for 29 years. He has also worked with the Ipperwash Inquiry and Interpol.