The crude story behind the Russia/Saudi oil war

Coupled with the coronavirus, the oil battle is hurting economies all over the world, including Canada and particularly Alberta 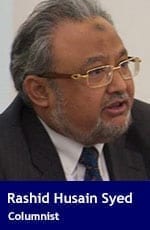 The world is in a mess and so are the crude oil dynamics.

The transportation sector, responsible for almost 70 per cent of the total global crude oil consumption, is in the doldrums. Staying indoors is the new mantra and road transport is at a bare minimum.

Cities and countries are being locked down and air travel is coming to a screeching halt.

In the midst of all this, a war for crude oil dominance is on as production giants Russia and Saudi Arabia have dug in.

And markets are tanking.

As coronavirus spreads, the Saudi-led Organization of Petroleum Exporting Countries (OPEC) has requested that the Russia-led group of 10 non-OPEC oil-producing countries, jointly termed OPEC-plus, curtail output by another 1.5 million barrels per day (bpd).

Russia refused. On March 6, Russian Energy Minister Alexander Novak walked into OPEC’s headquarters to let his counterparts know that the Kremlin was not interested in cutting output further. This was a bombshell.

According to Bloomberg, a photo of the conference room after the delegates left gave a hint of the overall mood there. The small Russian flag by Novak’s seat in the conference room had been knocked over and Saudi Oil Minister Prince Abdulaziz bin Salman, while leaving the room, reportedly gave a grave warning to his counterparts: “Trust me, this will be a regrettable day for us all.”

And so it was. Instead of micromanaging the markets by cutting output, as they’ve been doing since Jan. 1, 2017, the two largest global crude producers have opted to open their taps.

Russia and Saudi Arabia have their own reasons for picking this fight. Russia felt that cutting output to prop up prices would be a gift to the U.S. shale oil industry. It was time to squeeze the Americans.

The Russian decision to squeeze the U.S. shale industry has political roots. The U.S. imposed sanctions on Nord Stream 2, the Russian gas pipeline to Germany, and on the Russian state energy giant Rosneft, owing to its involvement with the sanctioned Venezuela. So Russian President Vladimir Putin was determined to return fire by targeting the shale industry.

So Saudi financial reserves are depleting fast. By the end of January, its reserves were close to US$502 billion, down from a record high of US$737 billion in August 2014.

The upheaval comes at a bad time for the Saudi Crown Prince Mohammed bin Salman (otherwise known as M.B.S.). Reports of political discontent are pouring out of Saudi Arabia. Rumors about King Salman’s deteriorating health and possible abdication of power to M.B.S. are also making rounds.

In a bid to stave off political upheaval, Saudi leaders are used to paying for its populace’s allegiance. M.B.S. doesn’t enjoy that liberty.

In this war, M.B.S. also faces a shrewd tactician in Putin.

Before picking a fight with the Saudis, Putin (a former KGB intelligence officer) must have had reams of research on M.B.S. And he would use that information.

M.B.S. faces a catch-22 situation. At stake could be his political future.

So who blinks first: M.B.S. or Putin?

And while this fight between two titans continues, Canada also suffers. To stimulate growth, the Bank of Canada had to lower its key benchmark interest rate by 50 basis points to 1.25 per cent.

As recently as last month, Bloomberg forecast Canadian growth at 1.6 per cent in 2020. Now the forecast has been slashed to about one per cent and may go lower.

Energy-rich Alberta is also in a tight spot. The provincial government’s recently-introduced budget was based on an average of US$58 a barrel of crude. That’s not possible now and Premier Jason Kenney’s promise to balance the provincial budget by 2022-23 seems far less likely.

Everywhere you look, the scenario is gloomy.

Toronto-based Rashid Husain Syed is a respected energy and political analyst. The Middle East is his area of focus. As well as writing for major local and global newspapers, Rashid is also a regular speaker at major international conferences. He has been asked to provide his perspective on global energy issues by both the Department of Energy in Washington and the International Energy Agency in Paris.