Has trust in journalists started to rebound from rock bottom? 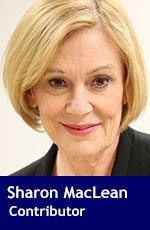 It’s true. The 2018 survey by Cision of 1,355 journalists from across six countries discovered that perceived trust in professional journalists improved by 20 per cent this year. Cision is a global provider of media software.

Yes, sadly, journalists felt underappreciated by 91 per cent of the general public up until last year. And fake news – defined as false content presented as real news coverage of actual events – made readers more skeptical than ever about what they read and saw.

The good news is the bar rose to 71 per cent in 12 months; an important upward trend for humankind.

“The constant attacks on the media industry have made people pay more attention to what journalists do and the value they provide,” suggested Cision.

“Couple that with the publication of several groundbreaking stories and more people now realize what the media does.”

The handle “professional journalist” is not one I’ve ever used for myself. I have too much respect for the profession.

My admiration comes from working alongside serious scribes over the years, including my late husband, Dick MacLean. He laboured diligently over his column that lawyers read first thing every Sunday morning to see if their clients might be named. Here are a few more:

Schanberg is quoted in the 2014 May/June issue of Alberta Views: “Newspapers should pry open dark closets to earn back readers and public trust.” That article was written by Lisa Gregoire, who did a fine job of researching, compiling interviews and distilling commentary for her piece titled The Slipping News.

We’ve all heard how print media and broadcasters started shutting down in 2010, that an estimated 271,800 jobs in journalism were lost in the U.S. between 1990 and 2016, as reported by the U.S. Labor Department.

These numbers, and those trends, are all too familiar to the 12,000 journalist and media workers still working in Canada. This month alone, Quebec rammed through legislation for the 130-year-old La Presse to adopt not-for-profit status. It allows the newspaper to accept donations and to carry on its role in support of a free-speaking society.

Don’t get me wrong: media mandarins have never been perfect. We all paid for bad decisions guided by their lust for revenue streams.

But despite greedy head honchos, we’ve wanted trained journalists to help us make “educated decisions about our governments and to keep the powerful accountable,” emphasized The Shattered Mirror, published by Canada’s Public Policy Forum. Traditionally, we’ve counted on the pros to stay on task of monitoring those tempted by the absolute corruption of power.

There’s more good news on the fake news phenomenon, according to the Cision survey.

Accuracy topped the list of concerns when compared to being first to publish.

“According to three-quarters of the survey’s respondents, being 100 per cent accurate in their reporting is more important than being first on a story or the promise of exclusivity,” said Cision.

Here’s what journalists ask from people who lobby them to report on their stories:

I can’t say much has changed from pitching traditional media outlets, except the request for multimedia assets for online publishing.

One issue that underscored the importance of journalism was #MeToo and #TimesUp, movements that started after reporters broke stories on sexual harassment in Hollywood and within journalism’s ranks.

What about technology and its impact on how journalists work, according to the survey?

The majority (34 per cent) pointed to social media algorithms. Specifically, they called out Facebook’s recent news feed and algorithm updates. More than a quarter said that better and cheaper video production would influence their work, while 21 per cent think artificial intelligence and machine learning improve the way they analyze traffic and performance data and predict readership trends.

Still, I’m often surprised to see how news media is just now catching up to the social revolution that started nearly 15 years ago. For example, I spotted this tip in TechWeb Space’s June 18, 2018, issue:

“Even newspapers like the Guardian have been seen asking website followers to submit interesting stories for the purpose of breaking news and community events they may have missed. It also offers tutorials on how to shoot videos and asks their visitors to suggest interesting ideas for them to work on. Visitors can also submit stories and watch the contributions of others through Guardian Witness.”

Google has been investing in new ideas for digital journalism in Europe since 2015. In its most recent round, Google saw artificial intelligence, bots and machine learning trend in the intelligence category. Here are three examples:

Videosign Cefriel, Italy. Video is all the rage in 2018 but often the origin is unknown. This project uses blockchain architecture to ensure publishers can validate their video content. Timestamps and authorship allow producers to sign the content to assist publishers.

Factmata, United Kingdom. Fact checking is the backbone of reporting and journalism. Fake news makes this harder. Factmata wants to address the reduction of online misinformation and the automation of the fact-checking process.

Only three per cent of journalists trust the blog as a source of information for their stories.

The good journalist still wants to speak to someone with direct knowledge of the situation. They want that source to explain clearly how something works, and why it’s relevant to their readers or audience.

Citizen reporters are here to stay. They reflect the wisdom of how our digital society evolved to disrupt Big Business and impact established systems.

Please continue to renew your trust in the professional journalist, as well.

Sharon MacLean is a digital marketing trainer, content director and author of Build to Grow.