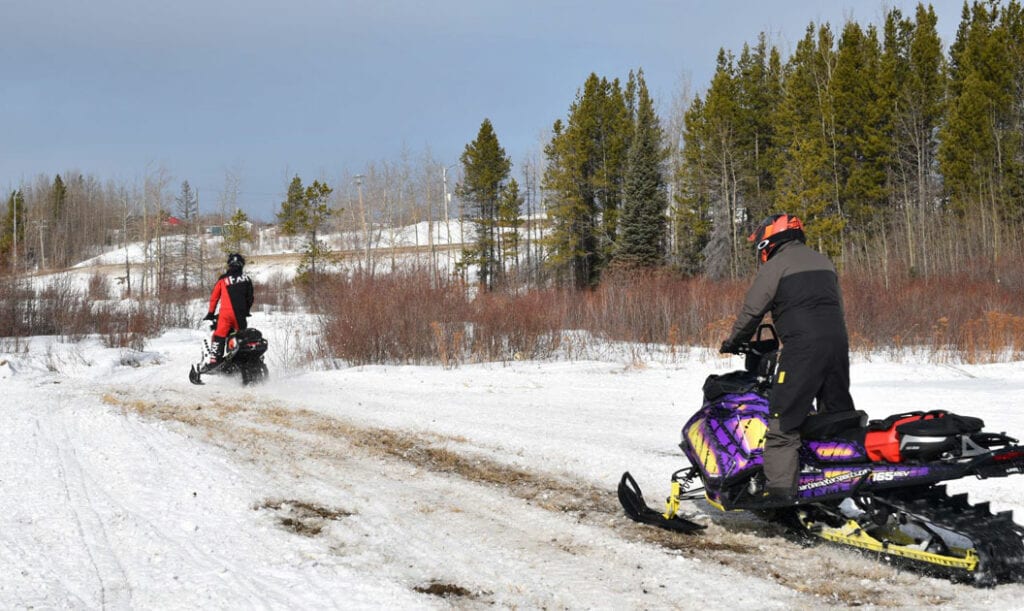 There has been an influx of visitors to the Swan Hills area over the last few weeks. The snowmobiling conditions have been fantastic, and enthusiasts have been flocking to our little corner of Alberta to take it all in. The temperatures have been above zero during the days over the weekend of March 5, leading to some snow melting, but by and large, the conditions are still decent. The combination of the warmer temperatures and the days getting longer at this time of year is taking a toll on our snowmobile trails, but we still have at least a couple of months that we can be reasonably confident that we’ll be seeing more snow.

The Golden Triangle has been looking great on the Swan Hills leg, but unfortunately, the Whitecourt area isn’t looking as good. Due to some fairly mild weather and less snow than the Whitecourt snowmobilers would probably like to see, that area of the Triangle is rideable, but it is very rough going and not really recommended at this time. The Fox Creek leg is also looking a little rugged. According to a recent trail report posted on The Golden Triangle Facebook page, “The trails getting out of town (first 2km) are not great as it’s low and soft.  After that, they are good; a bit bumpy, but enough snow to ride.”

Snowmobiling is a great way to get outside and enjoy the outdoors while also staying socially distant. Here’s to hoping that we get some more snow soon to keep our trails nice and covered!