B.C. and Ontario residents have higher net worth, thanks in part to property values: ATB 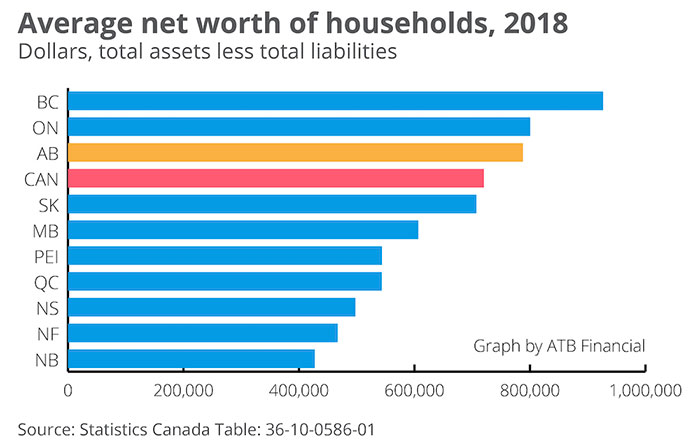 Albertans have consistently held the highest wages among all provinces in the country in recent years.

But how do people in the province rate when it comes to their net worth?

“These statistics shed light on the net worth of households and how it is distributed but individual circumstances still need to be taken into account if we are to understand how specific households are faring relative to the overall economy. These could include financial costs associated with having a child with special needs, a period of unemployment, or receiving a substantial inheritance,” says the financial institution.