“We delivered more funds from operations compared to the first quarter of 2018, despite Alberta government quotas on our oil production, and even with global oil prices pretty much on par in Canadian dollar terms,” said CEO Rob Peabody, in a news release. 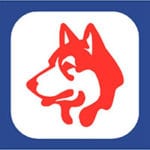 “The structural transformation of our business over the past several years is paying off. We are now realizing higher per-barrel margins across the company.”

Peabody said Husky’s upstream segment made a strong contribution to funds from operations as a result of tighter Canadian heavy-light differentials but the largest benefit was from U.S. refining margins.

“This further demonstrates the value of our Integrated Corridor business,” he said. “We can capture value at any point along the upstream-downstream chain, resulting in global pricing for most of our production.”

Upstream production of 285,200 barrels of oil equivalent per day (boe/day) compared to 304,300 boe/day in quarter four of 2018, reflecting the impact of mandatory Alberta production quotas and limited production from the White Rose field.