Assisted dying and the dark corners of history 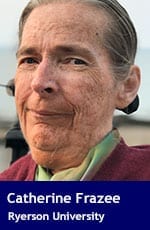 History has a role in the national conversation about medically-assisted death, despite protests to the contrary.

A respected physician and scholar recently stepped down as chair of the expert working group appointed to study the issue of advanced directives for medically-assisted death.

Named to this position only two weeks earlier by the Council of Canadian Academies, Dr. Harvey Schipper was judged harshly in some circles for having authored a commentary in 2014 in which, according to some reports, he had “compared arguments used to justify assisted dying with those advanced by Nazi Germany to justify the Holocaust.”

Schipper was repeatedly characterized as “a strident opponent of assisted dying” for reasons having nothing to do with the tone or substance of his argument. What seemed to cause offence and give rise to a condemnation of “strident” opposition was Schipper’s reference to Nazi-era euthanasia.

None of Schipper’s critics disputed the facts upon which his reference was made, nor should they. As historians have chronicled, the Nazi euthanasia program originated when a father in Leipzig petitioned to end the life of his disabled daughter and Adolf Hitler dispatched his personal physician, Karl Brandt, to authorize her death as “an act of mercy.”

According to historian Hugh Gallagher, “as the story of the little Leipzig girl became known in medical circles, other families sent similar appeals to the Führer.” It fell to Brandt to make determinations on each of these requests and ultimately to authorize the killing of at least 70,000 people with disabilities pursuant to what the American Holocaust Museum describes as “a medically administered program of ‘mercy death.’”

Schipper’s recusal as working group chair will no doubt be applauded by advocates who seek to broaden the availability of assisted death in Canada. Others, like myself, who know Schipper to be a man of considerable wisdom and integrity, are saddened that the 43-member panel – which includes expert advocates on both sides of this debate – failed to seize the opportunity to rise above the clamour and reject any suggestion that politics, rather than evidence, would govern their work.

Had they spoken out together, and forcefully, in defence of their colleague, the outcome might have been different.

This is not the first time that a measured and accurate reference to the historical facts of the Nazi euthanasia program has been condemned as strident, distasteful or offensive. It should be the last.

Nothing about medically-assisted death is ahistorical. As we review current law and practice, and consider potential expansion to the Criminal Code exemptions that now permit Canadian doctors and nurse practitioners to end the lives of certain patients, surely we have the maturity to invite history into the conversation.

Doctors, at times, have killed. This is fact. Often, when they have killed or harmed, they have not acted alone but as agents of state authority. With all of their immense skill and influence, doctors have played indispensable roles in residential schools and asylums in Canada, comfort stations in Southeast Asia, enhanced interrogation facilities at Guantánamo Bay and extermination centres in Nazi Germany.

People with disabilities have suffered violence and harm at the hands of doctors, parents and caregivers. Sometimes, as with Satoshi Uematsu in Sagamihara, Japan, the world has instantly recoiled in horror. Sometimes, as with parent Robert Latimer in Saskatchewan, a court of law may ultimately uphold conviction, but not before public opinion solidifies in support of the perpetrator.

Sometimes, as with Brandt, a nation colludes.

The Nazi Aktion T4 euthanasia program is part of my history as a disabled person. Importantly, it’s also part of Schipper’s history as a physician. Those who would forbid us to speak of this history, or police our speech as strident and unwelcome, can only fuel doubt about whether its lessons have been learned.

If our federal government is to benefit from the comprehensive reviews it assigned to the Council of Canadian Academies, and if the council’s working groups are to gather the evidence Canadians require to guide policy decisions about providing medically-assisted death to mature minors, to people with mental illness and to people no longer capable of expressing consent, then the history of euthanasia, and questions arising from the darkest corners of that history, must not be out of bounds.

As Margaret MacMillan, the distinguished Canadian historian, has said, “We don’t always know best and the past can remind us of that.”

Catherine Frazee is an Officer of the Order of Canada and professor emerita at Ryerson University, School of Disability Studies.

Catherine is a Troy Media Thought Leader. Why aren’t you?