No matter how economically suicidal certain policies may appear, fear wins the battle for hearts and minds 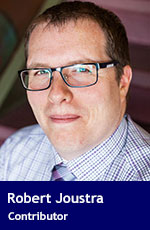 Pandemic public policy is now a field unto itself, saturated with experts, desperately low on data, yet with dangerously high stakes, at least politically.

Take the case of New Zealand. Here’s a prime minister and a country that has done, according to the chattering classes, everything right. A serious, long-term lockdown, early on, entirely stamped out the disease before it took root. Prime Minister Jacinda Ardern was feted across the globe for her farsighted seriousness. New Zealand became the model for containment.

But in July, despite over 100 days without any new cases, several new ones emerged. Conventional wisdom would suggest a moderate response. But this puts the lie to that wisdom: security is still one significant concern that will always outpace economic productivity. Medium to long-range economic damage will never outpace short-term but certain security concerns. As with so many things, we’ve been here before.

In the early 20th century, idealists argued at length that the prospects of a real war breaking out between Great Britain and the new German Empire were virtually nil. Such a war, the pundits correctly pointed out, would be tantamount to economic suicide. The German and British industries were too intertwined, their contracts too internationalized, the trade too rich. War was unthinkable. Yet it’s precisely what we got. Security and insecurity aren’t perfectly rational, cost-benefit games, and even certain future economic loss can be preferable to uncertain present-day risks to life and limb.

This was what I had in mind as I watched New Zealand spiral into panic again. With an international record any of us could envy, its largest city – Auckland – reentered a Stage 3 lockdown. Supermarkets were overrun with hysterical buyers and Ardern held a midnight press conference. At that time, there were four cases in the entire country. Now, the prime minister has said she’s delaying the parliamentary election by four weeks to Oct. 17.

States aren’t going away because security isn’t going away. We idealistically imagine that we will become rich, cosmopolitan or globalist enough that the rickety, tired structures of the nation-state will soon be a piece of the archaic political past.

But overnight, the American passport went from one of the most powerful documents in the world to nearly meaningless. It will rebound, to be sure, but no matter how much money or influence the Americans have – and it is an awful lot – even the poorest countries of the world are turning their tourist dollars away with a firm: “No thank you.”

What does it mean for our own careful reopening of schools and businesses this fall?

I think it means no matter how economically suicidal certain policies may appear, uncertain short-run security concerns – that we might get sick – may win the battle for hearts and minds. Pandemic policy is mob policy.

The mystifying math has left many of us without a clear understanding of the extent of the risk. All we know for certain is that some will get sick. Some will die. Critics of wide-scale reopening point to a callous trade-off in lives for gross domestic product. We do, admittedly, make these trade-offs in politics, though we rarely talk about them as such. Thousands would be saved from accidents if we abandoned our cars. How many lives are lost from socially acceptable risks we don’t have to take?

Only now – too little, too late – are bureaucracies beginning to brace the public for the reality that new cases are coming this fall season. Holding the line on such policies will require a resolve, a relationship to data and long-run concerns, that I’m not sure the public has been well equipped for.

What will happen when the first outbreak hits a high school? Or a kindergarten? Not if, when.

If New Zealand is our model, will four new cases spark panic buying and the suspension of an election?

It might. States aren’t going away because security isn’t going away. And in the hierarchy of mob policy, our bank accounts – no matter how we’ve idolized them – will always come second to a crisis of security. And security, alas, is not a perfectly rational master.

Rob Joustra is an associate professor of Politics & International Studies at Redeemer University College. This article was originally published in Convivium, a publication of the think-tank Cardus.